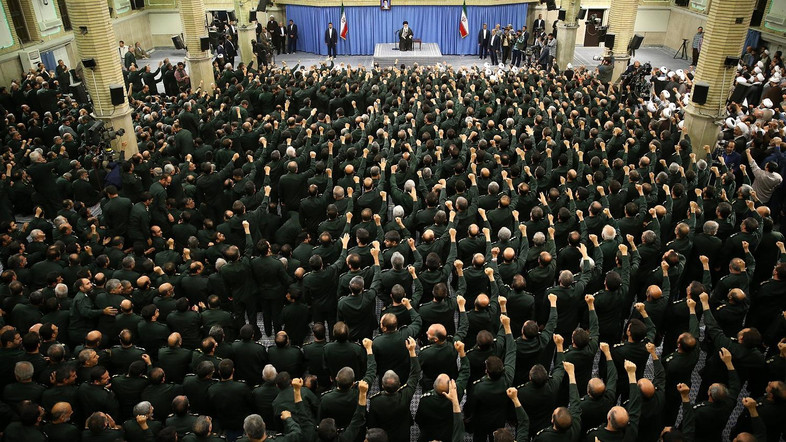 The remarks made by Iranian Supreme Leader Ali Khamenei can be viewed as seeking to capitalize on the recent attacks in Tehran that left 17 dead and dozens more wounded.

“If the Islamic Republic had not taken a stance in the center of all this sedition, we would have experienced many problems inside the country,” he said in reference to his regime’s meddling in Syria. The Revolutionary Guards (IRGC), being the main lever at Khamenei’s disposal to pursue his policies, is also seeking its own interests.

The IRGC, being one of the main parties involved in developments inside Iran and the region, suffered damages in the recent attack and is seeking its own share of profit. The IRGC’s image also endured a major blow in the recent presidential election in Iran and more recently a US Senate vote seeking more sanctions. There questions rising on how convenient these attacks were staged on hours in advance of the Senate vote.

Thus, bouncing back from such this series of setbacks seemed impossible. In response, Tehran will seek to capitalize on this turn of events as a major platform to justify launching future measures.

Following US President Donald Trump’s visit to the region and the severing of diplomatic ties by numerous Arab countries with Qatar, a known ally of Iran in the region, Tehran needed desperately to portray itself a victim of terrorism and pave a necessary path in this regard.

The IRGC is also terrified of even the slightest influence enjoyed by Iranian President Hassan Rouhani on Khamenei’s opinion and decisions. The recent attacks in Tehran can be described as a nail in the coffin for Khamenei to show any softness. This is exactly what the IRGC needed at this particular timing.

For a variety of reasons the IRGC will profit from establishing a certain high security atmosphere inside the country. Firstly, to begin an initiative to pressure Rouhani’s cabinet, and secondly, preparing the grounds for determining Khamenei’s successor, an issue discussed extensively in different circles across Iran.

“To those who sacrifice the country’s security, destiny and interests for short-term and factional political gains, have they learned nothing from the recent attacks? This incident should be considered a major wake-up call for those involved in politics, to know we are all sailing in the same ship here,” a piece read in the Kayhan daily, known to be Khamenei’s mouthpiece. 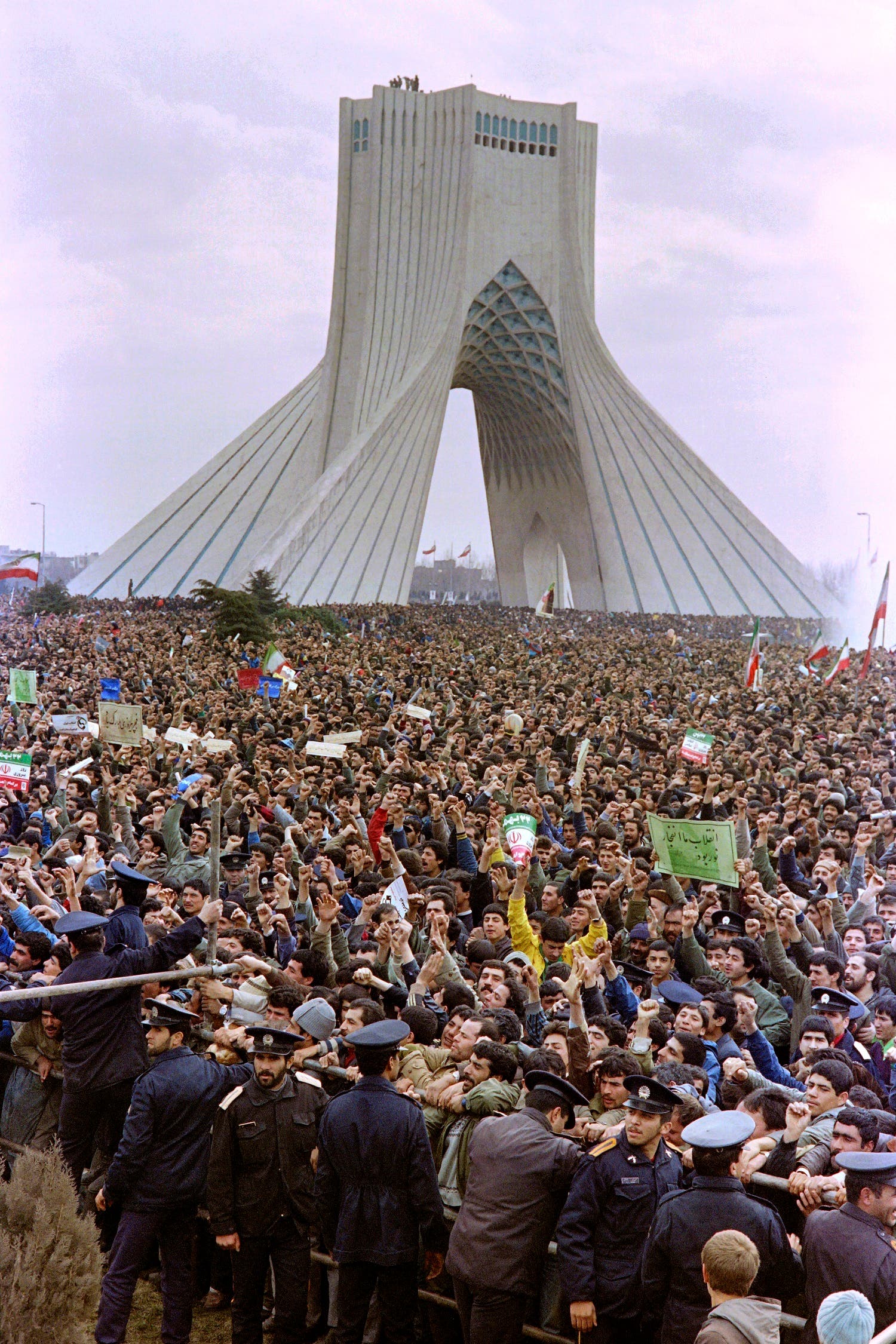 This February 17, 1989 Tehran photo shows Iranian people gathered in front of the Azadi Tower for the 10th anniversary of the plan, marking the Islamic revolution. (AFP)

The IRGC also sought to target the main source threatening the very existence of the mullahs’ regime. “This terrorist incident is similar to the crimes committed by the infidels in the 1980s,” the IRGC-affiliated Fars news agency wrote. Infidels is the term used in the Iranian regime apparatus for the Iranian opposition People’s Mojahedin Organization of Iran (PMOI/MEK).

“Now we must decide what actions must be taken to confront the terrorists. The judiciary and security forces must arrest these criminals, prosecute and execute them,” the piece reads, further signaling how the IRGC will seek to justify upcoming crackdown measures against an already restive Iranian society.

“Those who are against our struggles in Iraq and Syria should come to realize how sweet security is, and how bitter is insecurity,” the piece continued.

Eyewitness have pressed on the suspicious nature of this attack, especially armed assailants being able to enter the parliament building with assault rifles and vests full of explosives.

“They wouldn’t even allow us take a pen inside. They just said we will take your papers and documents upstairs. How can armed men come into the legislative building? There were no security guards and no security equipment,” one injured man said to Iran’s Health Minister Hassan Ghazizadeh Hashemi. Similar conflicting reports were also witnessed in other state and IRGC media outlets.

“Iran’s Deputy Secretary of the Supreme National Security Council said those involved in these attacks were of Iranian nationality. Whereas other state media, including Tabnak website affiliated to former IRGC commander Mohsen Rezaie, the accent heard from the terrorists indicated these individuals were not Iranian Arabs, but most certainly of foreign nationality,” according to the Tabnak website.

Iran’s Ministry of Intelligence also issued a statement announcing the first names of five of the assailants, refusing, for some reason, not to mention their last names.

On a broader scale, Iran also failed to prevent a highly significant US Senate initiative seeking to impose new sanctions on Iran. This regime has been described a destabilizing entity and if such a bill gains final approval after the 92-7 initial stage setting vote, Iran’s IRGC will be blacklisted as a foreign terrorist organization.

Was it a coincidence that Tehran’s attacks took place only hours before the Senate planned its bill discussion and a number of known regime lobbyists went the distance to delay the measure? You be the judge. As a final thought, this entire string of developments have played into the hands of Iran’s Khamenei and IRGC.

The Iranian regime desperately needs such an open hand to have any hope of confronting the status quo, especially since the Trump administration has yet to define its Iran policy, the future of the Iran nuclear deal is in questions, sanctions will not be lifted from Iran and Washington will most likely be demanding concessions from Tehran in the region.

Even if the U.S. government under Donald Trump stops supporting the Syrian rebels, Qatar will continue arming them in their struggle against the Bashar Assad regime, said Qatar Foreign Minister Mohamed bin Abdulrahman al-Thani in an interview with Reuters. END_OF_DOCUMENT_TOKEN_TO_BE_REPLACED