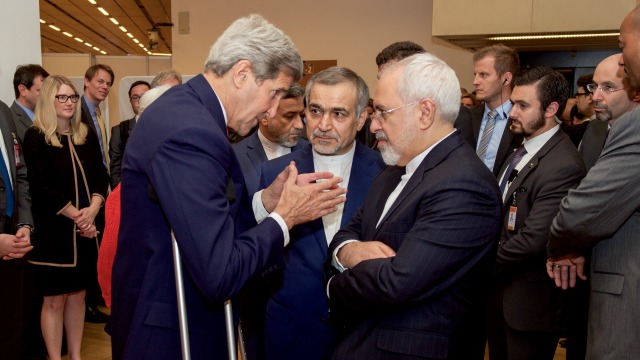 One would think critics of the Iran nuclear deal would have raised all the flawed aspects of the accord during former President Barack Obama’s tenure or new President Donald Trump’s first days in office. If so, think twice, as new revelations indicate Obama conceded far beyond what we already knew about.

Politico’s Josh Meyer wrote an eye-opening investigative report unveiling how the Obama team freed seven apprehended Iranians by overruling the judgment of veteran prosecutors, while publicly claiming merely economic sanctions were violated by the discussed individuals. The truth was, however, through their membership in a weapons procurement entity, these Iranians posed major threats to US national security.

To add insult to injury, the Obama administration went further in dropping all charges against 14 fugitives, despite clear evidence gathered by US authorities showing their involvement in smuggling advanced weaponry to Iran and its terrorist associates. This measure signaled an end to international arrest warrant efforts against the 14 individuals, and all the while the Obama administration was busy hindering all attempts to seek their apprehension:

“The major issue is not [attaining] an agreement, but ensuring the actual implementation of the agreement in practice. The number…

“The administration didn’t disclose their names or what they were accused of doing, noting only in an unattributed, 152-word statement about the swap that the US ‘also removed any Interpol red notices and dismissed any charges against 14 Iranians for whom it was assessed that extradition requests were unlikely to be successful.’”

Senior White House, State Department and Justice Department officials time and again went the distance to deny requests filed by prosecutors seeking to lure one of the 14 fugitives to a US-friendly country to implement a plan for their arrest. To this end, the arms merchants were able to use the opportunity to evade the net of US law enforcement. One can speculate they are now safe in Iran.

According to Meyer’s report, the Obama administration was successful in deliberately derailing its own measures at very crucial moments:

“Through action in some cases and inaction in others, the White House derailed its own much-touted National Counterproliferation Initiative at a time when it was making unprecedented headway in thwarting Iran’s proliferation networks.”

In effect, this provided Iran a green light to continue ignoring and defying international law.

When the seven were released, the Obama White House claimed such this “one-time gesture” had ended in the release of “civilians” to render the freedom of Americans who were illegally apprehended by the Iranian regime on bogus charges:

“In his Sunday morning address to the American people, Obama portrayed the seven men he freed as ‘civilians.’ The senior official described them as businessmen convicted of or awaiting trial for mere ‘sanctions-related offenses, violations of the trade embargo.’”

It is quite obvious that such an Iran appeasement policy hinged on and came at the price of doing whatever was needed to get Iran to sign a highly-flawed nuclear agreement, and resorting to whatever lies necessary in selling the pact to the American people:

All this came as proof to Iran of how desperate Obama was, and how far he would go, providing Tehran the exact circumstances to take full advantage.

Iran’s mullahs further sensed such weakness in the Obama administration as it failed to enforce its red line regarding Bashar Assad’s chemical attacks, and thus green-lighting Iran’s involvement in Syria.

The irony, as I explained in Forbes piece back in February, lies in the fact that while Obama was busy selling the deal, Iran and its Islamic Revolutionary Guard Corps (IRGC) were actively taking advantage of the pact’s benefits.

“In the past 18 months Khamenei-controlled companies, including the IRGC conglomerate, have sealed deals with foreign companies valued at over $11 billion…

”Debate over the JCPOA’s future remains a major issue. If kept intact despite all its flaws, the U.S. should fully implement all articles and have each and every loophole sealed. This initiative can be coupled with further sanctions punishing Iran’s lethal meddling across the Middle East, pursuing a dangerous ballistic missile program and atrocious human rights violations.”

Parallel to an extensive JCPOA review, the next necessary step forward for the Trump administration in adopting a new Iran approach is to designate the IRGC as a foreign terrorist organization, and thus showing Iran that the devastating appeasement policy championed by the Obama administration has come to an end.

This will correctly place America alongside the Iranian people in the effort to bring about regime change that will result in a free, democratic and non-nuclear Iran.