Discussions over United States foreign policy vis-à-vis Iran are continuing as we speak. The Trump administration and Congress have been busy slapping a variety of sanctions, some unprecedented, on Iran for its conglomerate of belligerence.

The appeasement policy in practiced in the West for more than three decades now has left the Iranian people without any support in the face of ongoing executions, detentions, torture and other abuses at the hands of the ruling mullahs.

While strong measures against Tehran are necessary and in fact long overdue, emphasis should be placed on Tehran’s Chink in the Armor: human rights violations.

Recent actions are raising concerns amongst human rights organizations and activists across the board.

“Iran’s judicial and security bodies have waged a vicious crackdown against human rights defenders since Hassan Rouhani became president in 2013, demonizing and imprisoning activists who dare to stand up for people’s rights,” Amnesty International reported. “…activists have been sentenced to more than 10 years behind bars for simple acts such as being in contact with the UN, EU or human rights organizations including Amnesty…”

Recent reports also indicate a woman being executed on July 26th in the northwestern Iranian city of Urmia, bringing the number of women executed during the tenure of the so-called “moderate” President Hassan Rouhani to 80. To twist the knife, the “reformist” Rouhani is not appointing even one female minister for his cabinet.

Speaking of executions, human rights activists have reported 102 executions in the month of July in Iran, while 120 death row inmates await imminent hanging. The first six months of 2017 in Iran was marked with 239 executions, including seven women and three individuals arrested while under age at the time of their alleged crime.

The Iranian opposition National Council of Resistance of Iran (NCRI), an umbrella body consisting of a variety dissident organizations, issued a statement expressing concerns over the lives of 53 political prisoners in Gohardasht Prison, west of Tehran. These inmates have been suspiciously transferred to an unknown location to prevent any contact with the outside world.

These statements make a review of Iran’s human rights report quite necessary.

After the mullahs’ establishment hijacked the 1979 revolution, their true nature was unveiled as their crackdown on any and all dissent escalated.

For nearly 2½ years all protests and demonstrations were quelled. Dissidents, especially members and supporters of the main NCRI partner, the People’s Mojahedin Organization of Iran (PMOI/MEK), were detained, tortured and murdered. 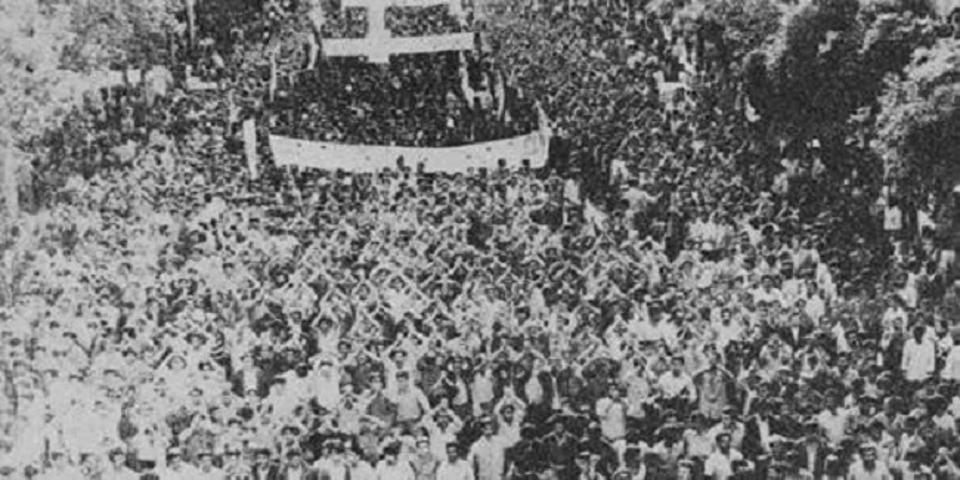 From that day forward the Iranian regime launched a ruthless campaign aimed at purging all opposition forces. Tens of thousands were arrested and tortured, parallel to mass executions in prisons across the country.

A sound file of the late Ayatollah Hossein-Ali Montazeri, then Khomeini’s successor, was unveiled last September, shedding light on current senior Iranian officials’ involvement in those executions. This sent shockwaves across Iran and accelerated efforts launched earlier by the Iranian opposition both inside the country and abroad to shed light on this atrocity and demand accountability.

In the 1990s Iran witnessed a series of assassinations dubbed the “chain murders” led by the notorious Ministry of Intelligence. Dozens of intellectuals and dissidents, including three Christian priests, were assassinated in brutal manner.

Such atrocities were witnessed yet again in 2009 when the Iranian people took to the streets protesting controversial presidential results engineered by Supreme Leader Ali Khamenei to have Mahmoud Ahmadinejad reach a second term.

Following Ahmadinejad to the presidency, the smiling Rouhani – naively described by the West’s pro-engagement camp as a moderate – registered a tally of over 3,000 executions during his first term.

And by taking advantage of the 2017 presidential election season to accuse the mullahs’ establishment of hinging their rule on executions and detentions, the months of 2017 and after his re-selection to a second term have been tainted with further human rights violations, as explained above.

While the US administration is raising the heat on Iran, the European Union continues to seek short-term economic gains at the expense of legitimizing the Iranian regime. EU foreign policy chief Federica Mogherini is to visit Iran for Rouhani’s upcoming inauguration, raising anger amongst the Iranian people. Tehran will usurp such a visit to legitimize its cruelties against the Iranian population and ramp up executions.

Iran must understand the appeasement policy has come to an end and its measures will not go unpunished. The new sanctions adopted by the US targeting the IRGC, itself heavily involved in human rights violations, are welcome and should be fully implemented.

What the international community must realize is how the human rights dossier is the soft spot for Iran’s mullahs. Tehran must be pressured correctly to both hold the mullahs accountable for their crimes against humanity, and support the Iranian people in their struggle.

Following the May 19th presidential “election” in Iran and the incumbent Hassan Rouhani reaching a second term, there was an outpouring of Western mainstream media describing him as a moderate again.

Rouhani was the first Iranian regime official in the early days after the mullahs’ hijacking of the 1979 revolution who openly called for public executions.

He Is #Rouhani is he a #MODERATE?!!!
watch & share 2 others know him#humanrights #executions #humanity #UK #Terrorism#IranElections2017 pic.twitter.com/R5mjOgwCdB

During Rouhani’s first tenure (owing it to the ultraconservative Guardian Council, a 12-cleric body appointed directly and indirectly by Iranian Supreme Leader Ali Khamenei, that vets candidates of all elections in Iran), the regime in Iran:

And Rouhani has actually become very useful for the ruling hardliners in Iran.

“For hard-liners and their affiliates — including the office of Supreme Leader Ali Khamenei, Iran’s Revolutionary Guard Corps (IRGC), the Basij, the judiciary and the Intelligence Ministry — Rouhani is more helpful in achieving their major objectives,” as explained Dr. Majid Rafizadeh, a leading expert on Iran and US foreign policy and president of the International American Council.

For this regime the selection of Ebrahim Raisi, a conservative cleric renowned for his three decade role in the judiciary and being involved in the 1988 massacre of 30,000 political prisoners across Iran, would have raised tensions domestically and with the international community.

Desperate to maintain the nuclear deal intact and to prevent any possible snapback of UN Security Council sanctions, Khamenei and his regime succumbed to blueprint a second term for Rouhani.

In fact, Rouhani allows the entire so-called “hardliners” in this regime, including the IRGC and its extraterritorial Quds Force, to seek their interests, such as expanding their hegemonic reach across the region, especially in Syria, Iraq and Yemen. Reports also indicate Iran has unveiled a new underground missile factory, another asset of the IRGC. 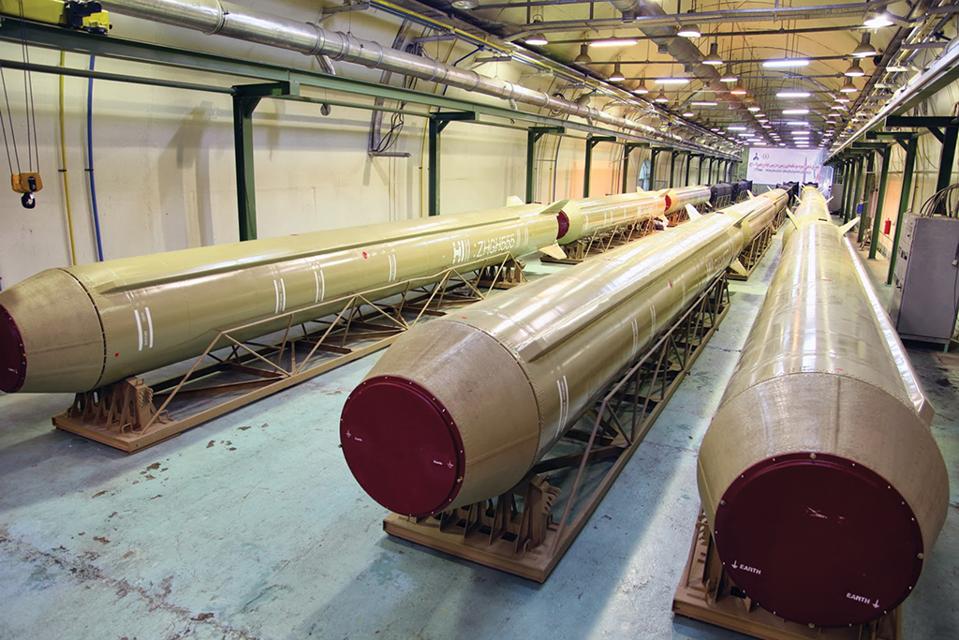 In March 2014, Iran unveiled what appeared to be tunnel storage for Qiam ballistic missiles.

The Iranian regime’s lobbies and apologists in the West dubbed Rouhani as a “moderate” while he was busy negotiating to release billions of frozen assets in order to fuel Iran’s military demands and fund its influence also in Bahrain, the Horn of Africa and elsewhere. The unfortunate attacks targeting innocent civilians in Manchester and Coptic Christians in Egypt should make those dubbing Rouhani as a moderate think twice, considering he is the president of a regime described as the leading state sponsor of terrorism.

Rouhani goes on to depict himself as a “moderate” good cop to seek legitimacy, as the world considers the IRGC as the “hardliner” bad cops. Under whose tenure has the IRGC and Quds Force chief Qassem Suleimani expanded their reach to Syria and Yemen?

On the other side of the spectrum, however, is the fierce criticism raised against the election in its entirety, described by Iranian opposition leader Maryam Rajavi, President of the National Council of Resistance of Iran (NCRI), as a “sham.”

Tehran will most possibly press the gas pedal in its belligerency during Rouhani’s second term, as seen vividly in his latest remarks pledging Iran will continue its Middle East warmongering, adding their boots are on the ground in Iraq, Syria and Lebanon, and fought against terrorism in the region.

“Iran has and will support these through its diplomats and military advisors,” he said according to an NCRI statement.

Unfortunately, the West’s decades of appeasement, dating back to the years of Chamberlain and Hitler prior to World War II, has led to the word “moderate” to now include even dictators willing to be just a notch more reasonable than a ruthless entity. In this case, leaving the world to choose between a deceptive-smiling Rouhani and the notorious IRGC.

When Westerners think of “moderates” they begin their comparison process against faces in their own countries. Even “conservatives” in many European countries are against a single execution, but this “moderate” Rouhani in Iran is very much for it. In fact, 2 per day is his report card over the past four years. The regime has already executed ten individuals in the first days of Rouhani’s second tenure, reports indicate.

And the Iranian people inside the country have voiced their opinion about Rouhani being a “moderate”. Defying all odds and accepting the risk of arrest and possible execution even, dissident activists took to the streets in unprecedented numbers in the past months and put up large posters, placards and even graffiti to voice their true vote of “regime change” and describing Rouhani not as a moderate, but as a “demagogue” and “king of executions.”

Rajavi, long presenting a 10-point-plan for a free Iran of tomorrow, delivered her input in this regard:

While the argument is often made of this and that being beyond the powers of Iran’s president, and former Iranian president Mohammad Khatami referred to the president’s role as that of a tea boy, it begs the question then as to how moderation is to take place.