Recent developments in Yemen and the killing of former president Ali Abdullah Saleh has highlighted what Iran has sought long to cloak. Tehran’s campaign in Saudi Arabia’s backyard has stumbled upon major political and military setbacks, providing the opportunity for Washington to correct a policy in need of strong amending.

How the future unfolds in Yemen has the potential of sparking a series of major defeats for Iran across the region, spilling into the country’s shaky politics and fueling further domestic unrest.

Senior Iranian officials, however, have gone the distance to portray Saleh’s death as a step forward against their regional archrivals, mainly Saudi Arabia.

Revolutionary Guards (IRGC) chief Mohammad Ali Jafari described it as the end of a “sedition” or “treason.”

Ali Akbar Velayati, the international affairs advisor of Iranian Supreme Leader Ali Khamenei, even described Saleh as the agent of Saudi Arabia and the United Arab Emirates, who deserved such a fate.

The two, considered members of Khamenei’s inner circle, describe the latest events in Yemen as a conspiracy. The bigger picture, however, reveals a major rout for Khamenei’s ambitions in the Arabian Peninsula.

Saleh’s forces have separated from the Iran-backed Houthis, depriving Tehran of a large bulk of vital manpower on the ground. Saleh enjoyed the support of a large segment of the armed forces, many tribes and the Popular Congress Party with all its branches in cities across Yemen.

The Houthis, being a militia entity, have now lost this key source of support and legitimacy for their cause. To add insult to injury for Iran, a large portion of Saleh loyalists have pledged allegiance to the Saudi-led coalition, providing crucial ground forces and intelligence to their effort against the Houthis. 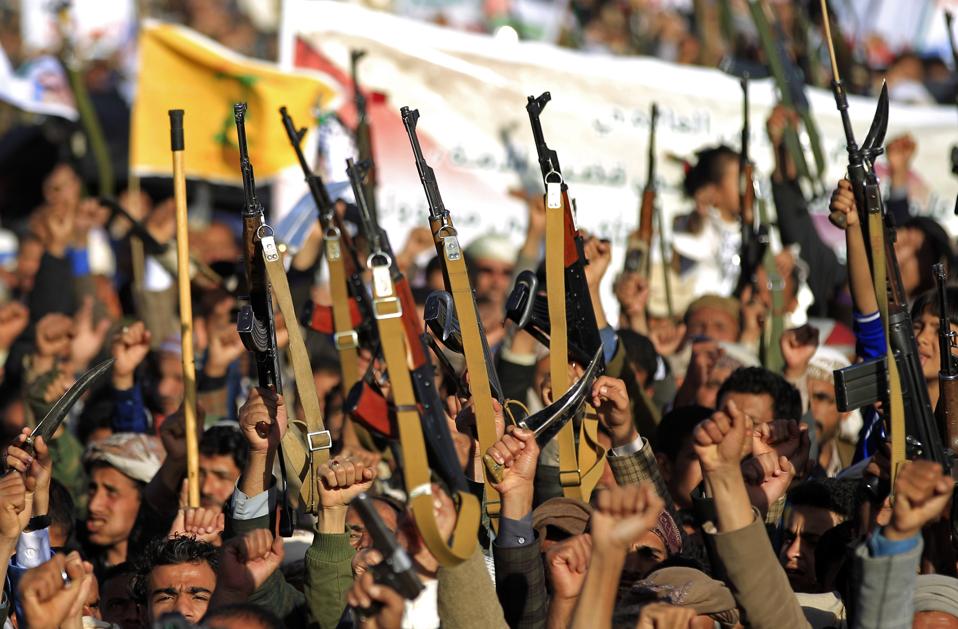 This renders meaningless Iran’s claims of now enjoying full control over Sanaa. Even after Saleh’s death Iran sought to seal all resulting rifts in Yemen’s landscape, understanding the meaning of losing Saleh’s boots. This can also be considered a signal of the Houthis’ fragile and vulnerable status quo.

It is safe to say these turn of events have terminated any hope of negotiations for the Houthis, as they have revealed their true nature. It has become crystal clear for all parties in Yemen, and across the Middle East, of the fate awaiting those who mingle with Tehran. To begin with, Yemen’s long slate of tribes will now – if not already – have deep suspicions over Iran’s intentions on their soil.

Comprehending the lack of any tangible future for his regime’s Yemen initiative, Iranian President Hassan Rouhani has twice called for engagement and negotiations with regional states.

This marks a stark change in strategy for Iran, as Yemen for Khamenei resembled a bargaining chip, based on the alliance they previously enjoyed with Saleh’s loyalists.

The setbacks in Yemen has had its impact on Iran’s other political endeavors. Following the recent missile launch from Yemen targeting Riyadh, and evidence showing the missile being of Iranian origin, France and other European countries have voiced positions far different from their stereotype calls for engagement with Tehran. 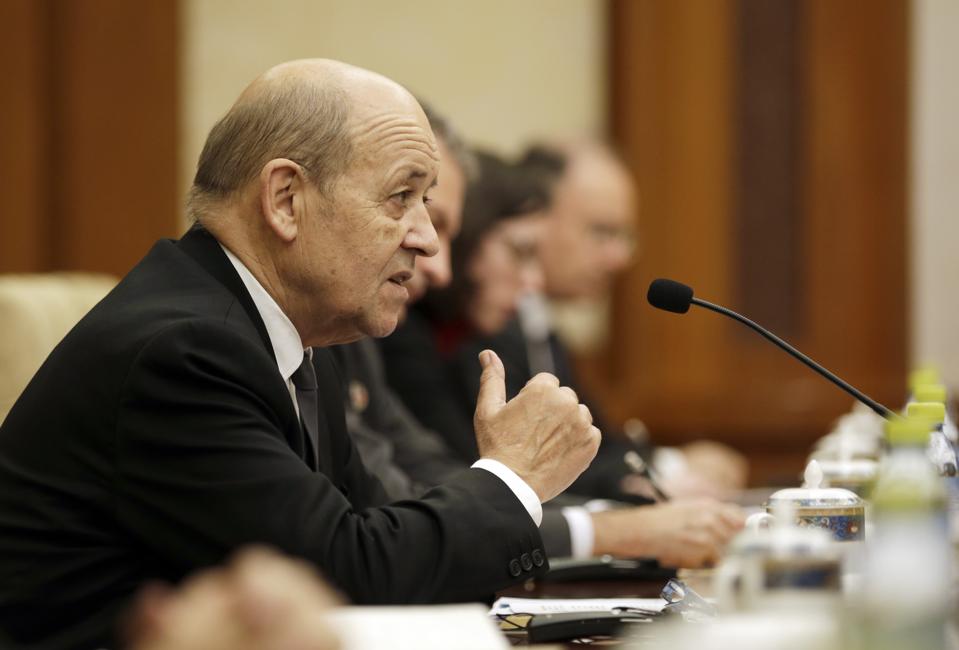 The Trump administration is on the verge of publicly displaying evidence proving Iran is procuring missiles to the Houthi.

These developments have also spilled into Iran. Mostafa Tajzadeh, an Iranian politician known to succumb to Khamenei’s demands, criticized the IRGC’s intervention in Yemen, saying there was “nothing to make of Yemeni territory that have any strategic importance for Iran.”

Iran took advantage of Obama’s engagement policy to make advances across the region, including Yemen. With times changing, Tehran should not be provided any more such opportunities.

The U.S. Congress is weighing new Iran sanctions for its destructive role in Yemen and policies aimed at destabilizing the country through ongoing support for the Houthis, including supplying them with weapons.

To further trouble matters for Iran, Russia this week evacuated its embassy employees and citizens in Sana’a, reports indicate. One can conclude Moscow sees no hopeful future anytime soon in Yemen and Tehran has most likely lost a partner to bear the mounting challenges.

In fact, a strong stance in Yemen and liberating this country from the Houthis should be used as a launching pad by the international community to begin reigning in Iran’s expansionist policy across the Middle East.

Trump is scheduled to outline his first National Security Strategy next week. After refusing to certify the controversial Iran nuclear deal, registering the IRGC as a terrorist organization and again voicing Bashar Assad has no future in Syria, rest assured Iran’s role in the Middle East will be a major topic in Washington’s new blueprint.

For years, Iran’s nuclear program has been in the international spotlight, leading to a highly controversial and flawed global pact aimed at curbing Tehran’s nuclear ambitions.

That pact, known as The Joint Comprehensive Plan of Action, hasn’t reined in Iran’s belligerence. Instead, Iran’s ballistic missile program and dangerous collaboration with North Korea have become new sources of concern for the global community, while its proxies and influence in the quagmires of Iraq, Lebanon, and Syria pose troubling threats.

Iran’s Syria campaign has already caused unprecedented mayhem in the Levant, driving more than half a million to their deaths, displacing above 12 million, and leaving a country in ruins. Tehran-blessed Shiite militias are on the march in pursuit of implementing and fanning the regime’s interests. Most recently, reports indicate Iran has established missile factories in Syria, as well as in Lebanon.

Other important military sites include the Port of Tartus, where Russia continues to maintain a highly valued warm water naval presence, and the Khmeimim Air Base near the city of Latakia in western Syria.

The Majlis, Iran’s parliament, has just approved a $260 million budget increase for the regime’s ballistic missile program. Given Iran’s broad scope of domestic missile sites, as well as its international efforts in Lebanon, Syria, and North Korea, researching the destination of these millions of dollars is worthwhile.

These new actions by Tehran are considered in line with the spawned missile buildup seen earlier in Lebanon. Iran has used its relations with its offspring, the Hezbollah, considered a linchpin in Iran’s efforts, to launch underground missile production factories in the southern parts of this already troubled country.

These sensitive and highly controversial facilities, buried more than 50 meters underground to enjoy protection from aerial attacks, allow Hezbollah to procure high-tech missiles equipped with state-of-the-art guidance systems and ranging up to 500 kilometers.

Extending Its Grasp Beyond the Middle East

But Iran has far broader ambitions. The Hezbollah and Syria factories are only a chapter in its book of strategies. Reports by the Washington Free Beacon, amongst others, indicate that Iran is eyeing the Atlantic Ocean in its latest dispatching of warships.

Iran’s involvement in Iraq runs deep, especially through the support it generously provides to Shiite militias, the Hashid al-Sha’bi, known to have directed numerous massacres targeting Sunnis and other disarrayed minorities.

Tehran has taken advantage of the war in Syria to establish a key role in maintaining Bashar al-Assad’s power and making him completely reliant upon the clerical rulers.

And thanks to Obama’s legacy-defining nuclear deal, billions of dollars are pouring into Iran to fuel and steer all this belligerence. European companies such as Airbus, Total, and Renault are taking advantage of various sanctions reliefs to begin investing in Iran. Considering the 40 percent control obtained by the Revolutionary Guards on Iran’s economy, Europeans are injecting new life into Iran’s dangerous bellicosity.

Tehran also has plans to enhance its strategic air and maritime power, and boost the capabilities and reach of its rapid reaction force.

Strategic visits abroad by Iran’s senior defense officials provide another disturbing aspect: a visit to Moscow in April and most recently to Ankara by the former defense minister and chief of staff, respectively, to meet counterparts and other officials are such examples.

Maybe most troubling of all is the way Iran is taking advantage of the Islamic State’s steady decline in Iraq and Syria, seeking to fill the resulting void. Iran-backed proxy militias are seen roaming large swaths of western Iraq and southern Syria leading to the Euphrates River, an important waterway that snakes from the country’s northwest to the southeast into Iraq.

Establishing a land-bridge linking Tehran to the Mediterranean has been a long-sought objective for Tehran. It would provide a corridor, enabling Tehran to send arms and logistics to the Syrian regime and Lebanese Hezbollah, giving the regime unprecedented power and influence.

How To Halt Iran’s Aggressive Agenda

Second, the United States and Arab World should craft a carefully calibrated road-map to correctly evict Iran back to its own borders. Tehran must realize its Middle East overreach is backfiring.

The recent sanctions imposed by Congress, designating the Revolutionary Guard as a Specially Designated Global Terrorist group, is a long-delayed yet galvanizing start that deserves comprehensive implementation without any loopholes.

As the defeat of ISIS is nearing, this will allow the international community to begin combating Iran’s proxies and influence in Iraq, Lebanon, Syria, and Yemen.