It appears the recent Arab League Summit in Jordan should be considered an important development in the path of further isolating Iran in the Middle East. At a first glance, this was a conference in which the highest number of state leaders participated in comparison to previous such gatherings.

A more in-depth perspective places us before this important conclusion that most speakers strongly criticized Iran’s meddling and highlighted the necessity of solidarity and alliance amongst Arab states to confront this phenomenon. Leaders of Saudi Arabia and Jordan specifically expressed their grave concerns over Iran’s interference across the region, especially Syria, sectarian warmongering and Tehran’s state sponsorship of terrorism.

Significant is the fact that the Arab Summit initially prepared a relatively low-profile draft resolution adopting a soft tone in relation to Iran. However, the final resolution prepared and published by Arab League Foreign Ministers reflected the majority members’ position, being completely against Iran and the mullahs’ policies of meddling and supporting terrorism.

However, a few Arab countries such as Iraq and Lebanon – literally taken hostage by Iran – or Algeria, enjoying specific interests in its relations with the mullahs’ regime, could not jump on this resolution train.

This left the remaining member states before two options: either refusing to sign, forgoing any possibility of forming a consensus and accepting resulting rifts; or financing on their common grounds, being the subjects of Palestine and opposing any meddling in others internal affairs (without specifically mentioning Iran). Although the terms used in the resolution falls of short of directly pinpointing the mullahs’ regime in Iran, it is quite obvious who the crosshairs were placed on.

Importantly, of grave significance for the main member states in this conference was to enjoy Iraq’s signature, and that of its Prime Minister, on this initiative. Considering the new international status quo and Washington’s new policies, the gradual distancing of Iraq from Iran, and further advances in this regard is seen in the forecast. 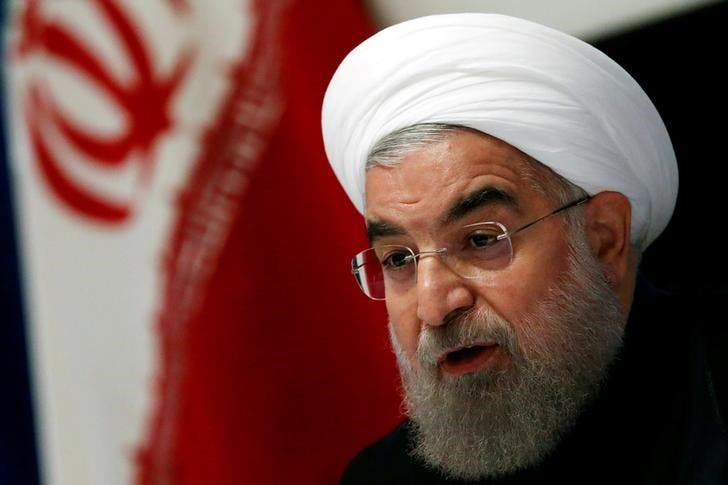 Although the terms used in the Arab Summit resolution falls of short of directly pinpointing the regime in Iran, it is quite obvious who the crosshairs were placed on. (Reuters)

It is worth noting the Obama years rendered a complete passive and inactive American policy in regards to Iraq. Through a disastrous strategic mistake in pulling out prematurely from Iraq, Washington practically giftwrapped Baghdad to Tehran.
This policy has currently changed and American policymakers have made it crystal clear how they will not permit Iran take on any wished measures.

US CENTCOM commander General Joseph Votel in a recent hearing of the House of Representatives Armed Forces Committee emphasized on the necessity to confront Iran as the main long-term threat before stability in the Middle East. Votel also went the distance to insist on considering military assets and other capabilities to stop this regime.

Iraqi Prime Minister Haider al-Abadi recently visited Washington and signs indicate he has been briefed and received specific instructions over the America’s major policy overhaul and shifts in relation to Iraq and the entire Middle East. To this end, Arab leaders saw it very important to have Iraq – a party voting against previous summit resolutions – to sign this new initiative. This allowed the summit to maintain its fabric and unity over two main subjects of Palestine and condemning meddling in the internal affairs of other countries.

General James Jones, former NATO commander and US national security advisor, recently called on all Gulf States to establish a defensive alliance similar to that of NATO against the threats Iran poses for regional states. Such an “Arab NATO” will enjoy America’s support, he added.

When we use the terms a substantial alteration in international politics, we must mention a recent hearing held at the British Parliament discussing Iran’s meddling in the region, widespread condemnations targeting the mullahs’ human rights violations, calls to establish an Arab alliance aimed at evict this regime from regional countries. For such a cause, designating the Revolutionary Guards as a foreign terrorist organization would be a prelude measure and act as a necessary springboard.

This goes in line with further measures to enforce the flawed deal aimed at curbing Iran’s nuclear program. Rest assured if the Arab World adopts a firm stance and demands Iran’s eviction from their soil, the US will most definitely be encouraged to blacklist the IRGC and defang Iran’s meddling.

Reactions seen from Iran prove the fact this Arab Summit in Jordan ended as a complete failure and delivered heavy damages to Tehran’s interests. As usual, the mullahs’ media resort to low-standard lies that deserve no repetition. The mullahs, however, cannot cloak their utter anger and fear of such a united position against its meddling in Arab countries.

As we close in to Iran’s presidential elections in May, rest assured this isolation on the international stage will have a major impact on Iran’s domestic politics, and the Iranian society – described as a powder keg – is watching very closely.