Children addicted to drugs are victims of the corrupt mullahs’ regime in Iran. The numbers have been rising at an alarming rate. In other words, the subject of babies born as drug-addicts is yet another atrocity in the Iranian people’s puzzle of pains and poverty.

Women who have fallen victims to drugs bring to life innocent newborns and transfer this horrific inheritance to their children.

Mostafa Saraj, Director of the City Health Department in Tehran Province referred to the fact that 80 to 90 percent of babies born from drug-addicted mothers lose their lives.

“The death of these newborns in nurseries is quite common and we cannot do anything,” he said according to the Salamat News website.

Various organisations report 73% of children suffering from drug addiction are boys and 27% are girls. 31% of these children have not reached the age of going to school, 36% have not gone to school, 20% have dropped out of school and 13% are currently in school. Most of these children are in elementary school.

Drug addiction amongst school children is on the rise due to using “industrial, psychedelics and chemical narcotics”, according to Hassan Mousavi Chalak, head of the Iran Aid Workers Association.

Groups involved in smuggling and distributing narcotics target young schoolchildren as they can be a source of income for years to come, he added.

The budget allocated to confront and prevent drug addiction amongst schoolchildren is far below what is necessary.

“In today’s world, $20 is spent for each student in the fight against drug addiction, while in Iran we are spending half a dollar,” chair of the Iranian parliament’s Education & Research Commission said.

Confirming statistics of 30,000 drug addicts amongst Iran’s schoolchildren, he called on the regime’s officials to blueprint a plan for this issue.

Facts show Iran is in the path of the world’s most active narcotics highway. Despite all the country’s borders being supposedly closed to drug smugglers, a number of drugs found in Iran is literally unbelievable.

Unfortunately, the regime in Iran prefers to have the youth involved in drugs to quell their voice and silence any questioning of the mullahs’ rule. A program by state TV in Iran admitted the drug addiction age has decreased to eight, meaning even small children are now targeted.

How can such a young child become so easily addicted? Many experts argue the reason is drugs in Iran are very easy to obtain. Numbers show these narcotics can be purchased much faster than standing in line at a bakery for a loaf of bread.

All this is taking place at a time when the mullahs’ regime in Iran is continuously jailing and/or executing people under the pretext of drug smuggling, claiming a role in fighting drugs. However, how true is this claim?

“Poverty, people resorting to living in city outskirts and the increasing issue of drug addiction are spreading like a disease across the country while no short or long-term plan is seen to prevent this phenomenon… and children are the main victims,” an expert said, shedding light how Iranian President Hassan Rouhani has failed to take any action in this regard.

“In our hospitals, no care is provided until a child reaches the overdose stage. Iran’s medical system has no initiative to help child drug addicts rehabilitate,” he continued.

Unfortunately, each day three or four babies are born #Addicted To Drugs. Iran is also home to two million child workers. No institution in the #iranian regime has any responsibility to take any action on babies being born addicted and the alarming trend of children becoming addicted to drugs. We are also witnessing how poverty is forcing families to literally sell their newborns.

As long as Iran continues to execute low-profile drug dealers and no action is taken against those in power in Tehran, we will only witness more of the same. 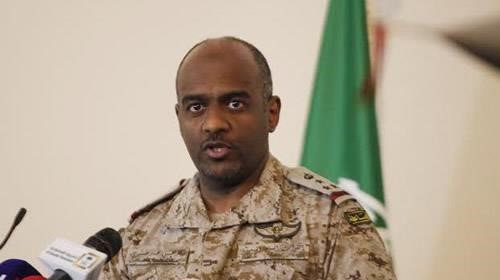 The provision of long range missiles being to the Houthis in Yemen will render grave consequences, warned General Ahmd Assiri, official spokesman of the Arab coalition forces.
“The spread of these types of ballistic weapons is neither in the interest of regional states nor the world. The weapons currently possessed by the Houthis has most likely expanded by now, reaching the hands of groups such as the terrorist Lebanese Hezbollah and Daesh (ISIS/ISIL), and other terrorists,” General Assiri said.
“By supporting the Houthi militias through providing smuggled weapons Iran intends to prolong the war in Yemen and further its destruction… the regime in Iran is the source of terrorism,” he said in an interview with Asharq daily.

Iran is exporting narcotics to Arab countries, warned Alame Seid Mohammad Ali Al-Husseini, Secretary General of the Lebanese Islamic-Arabic Council, in an interview with al-Madina daily on November 30th.
“Iran is attempting infiltrate into Arab countries by provoking sectarianism and distributing narcotics. The mullahs’ regime has from the very beginning used weapons, provoked sectarianism and exported its lethal viewpoints of spreading the revolution, all aimed at increasing its foothold in the region. Currently Iran is focused on exporting narcotics,” he said.
“Various sources have emphasized the mullahs’ regime, and especially the Revolutionary Guards, have begun planning to export narcotic pills and heroine powder, and intending to give a green light to a number of narcotics dealers in Iran, Iraq, Lebanon, Turkey, the Persian Gulf, Venezuela and Bolivia. Heroine is generally the most dangerous and most horrific type of all narcotics,” he added.

And some news from Syria…

Free Syrian Army members defeated an attack staged by the troops of Syrian dictator Bashar Assad on Wednesday aiming to take hold of Aleppo’s Sheikh Saeed district. Dozens of militias linked to Iran were killed in this attack.
35 Iran-linked militias were killed in these attacks and a number of others were injured, said Captain Abdulsalam Abdulrazzaq, a spokesman of groups linked to the FSA, in an interview with Orient TV. FSA rebels were able to retake all positions taken over by the militias in Sheikh Saeed.
The FSA also captured four Iran-linked militias, all from Afghanistan.
Thousands of civilians have been forced to flee areas controlled by Iran-backed Shiite militias, seeking shelter in northeast Aleppo.

Rebels take over strategic city of al-Bab in northern Syria

Opposition fighters continue to retake villages from Daesh (ISIS/ISIL) control in northern Syria and Free Syrian Army members have advanced from Aleppo towards the strategic city of al-Bab, Orient TV reported.
FSA members cleansed the towns of Khalile and al-Ajime in their campaign of “Operation Forat Shield.” On the other hand, Turkish warplanes conducted airstrikes against four Daesh bases, destroying a number of their military vehicles.
FSA fighters also took over the towns of Sabuyran, al-Khalile and Azzazur. These towns are located east of al-Bab on a road linking this town to the city of Minbej. With these victories the FSA has made advances towards al-Bab with support provided by the Turkish military. Turkish warplanes have continued to bomb Daesh bases in this area.
The liberation of these towns facilitates FSA’s attack against the city of al-Bab. As a result, FSA fighters have reached areas only five kilometers from the town of Baja’e. Taking over the city of Saflaniye has also become much more realistic for the rebels as a result.
On the other hand, the FSA can also completely retake the city of Qabasin from Daesh.

Battles enraging in east Aleppo resulted in the death of Mohamed Rafe al-Arab, a commander of the “Quds Brigade” linked to the Assad regime, Syrian activists reported. He was killed by Syrian opposition rebels.
It is worth noting this individual had received a medal of “heroism” from the Russian army for taking part in military operations and supporting the Assad military.