Hassan Rouhani reaching a second term in Iran as the regime’s president should not be interpreted as the vote of the people seeking a moderate voice over hardline conservatives. In fact, Iranian Supreme Leader Ali Khamenei sought to repeat the 2009 scenario of engineering the entire election process to have his preferred candidate declared victor, not Rouhani.

And yet as we witnessed in 2013 at the beginning of Rouhani’s first term, and in 1997 and 2005 when Mohammad Khatami was pulled out of Khamenei’s “election” hat, Western mainstream media have rushed to the races to describe Rouhani as a “moderate” in a regime comprised of radicals. Some went as far as claiming 75% of eligible votes taking part, not clear based on what survey as Iran lacks any atmosphere to conduct an unbiased review.

“…About 75 percent of Iranian voters turned out to repudiate an authoritarian populist and re-elect their moderate president, Hassan Rouhani… Having concluded the historic nuclear agreement with world powers in 2015, he now emphasized priorities he’d abandoned in his first term: rights, freedoms and…” said a piece in The New York Times.

It is interesting how one can describe a man as a moderate while he oversaw over 3,000 executions during four years as president. Amnesty International has issued numerous reports expressing concerns in this regard, as explained by The Washington Times.

“Since Mr. Rouhani’s ‘moderate’ presidency, executions in Iran have proliferated, usually at grisly public hangings. There were 360 executions in 2011, according to Amnesty International, and by 2014, the number had soared to 734.

The UN special reporter for human rights put the number of executions in 2015 at 966. Mr. Rouhani’s hangmen rested in 2016, relatively speaking, with only 567 executions. Moderation ends where the noose begins,” the article reads. Of course, these are only official numbers and the regime is known to conduct secret and unreported executions across the country.

And yet Iranian regime apologists are seen falling for remarks made by Rouhani during the election season in Iran.

“He directly challenged the abuses of the judiciary and the political overreach of the Revolutionary Guards Corps, with which he has vied for authority throughout his presidency,” the Times piece adds.

“Iran has test-fired nuclear-capable ballistic missiles at least ten times since July 2015, despite a UN Security Council resolution, approved along with the nuclear accord, which explicitly calls on Iran to refrain from such activity,” according to reports.

Iranian officials have recently announced a 145% defense budget increase under Rouhani, parallel to the military undertaking a major effort to restructure its ranks and files with the objective of upgrading it into a “forward moving force,” according to reports from the region.

As Rouhani sets to launch his second tenure, early signs indicate what is to be expected. The semi-official Fars news agency, known for its affiliation to the IRGC, reported Thursday of Iran building a third underground ballistic missile factory.

Evin Rouhani’s rival during the election, Ebrahim Raisi, himself a conservative figure known for his role in the massacre of tens of thousands of political prisoners back in the summer of 1988, revealed how the “moderate” Rouhani also has his hands stained with blood.

As news from inside Iran indicate at least ten individuals were executed in the first week of Rouhani’s second term, this “moderate” is known to be the first Iranian regime figure to call for public executions.

As we are yet again and unfortunately reminded by the wrath of extremism in the recent attack on Coptic Christians in Egypt, across the Middle East, Iran, with Rouhani as president, stepped up its support for terrorism, extremism and proxy groups.

“Let me make it clear. Our money, meals, arms and missiles all come from Iran. We are well-off as long as Iran has money,” said Lebanese Hezbollah leader Hassan Nassrallah. 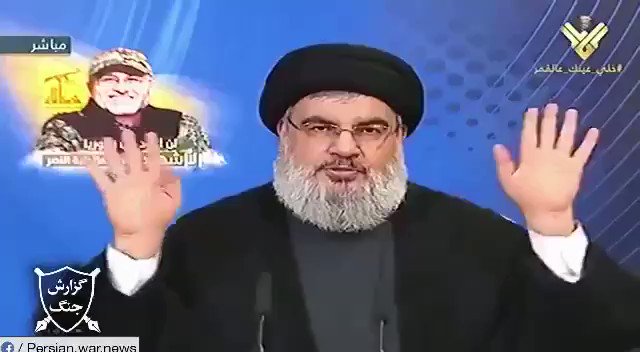 Nasrallah: “Let me make it clear. Our money, meals, arms and missiles all come from Iran. We are well-off as long as Iran has money.”

Of course they acknowledge the flaws of the Iranian regime establishment.

“It’s true that the Iranian system offers limited choice and the president has limited power. The regime has policed its boundaries and eliminated true challenges to the entrenched interests of its security apparatus and clerical elite…This is not representative democracy…”

While The New York Times piece is right in saying Iran has “a civic culture that refuses to surrender its dignity to dictatorship,” it is interesting how it cannot flee the fact that the regime in Iran is a “dictatorship”. So how can a dictatorship have a “moderate” president?

“The fact that Hassan Rouhani was declared the runaway victor in the presidential election was proclaimed in the West as a triumph for the forces of moderation and reform. Nothing could be further from the truth.”