Developments in the Middle East have placed the spotlight once again on Iran and its hegemonic temptations. This goes parallel to calls from parties such as France and Germany, whom Iran previously counted on in the face of U.S. pressures, demanding Tehran reel in its ballistic missile program and support for proxy groups across the region.

While all such measures are necessary and deserve escalation, Tehran’s human rights violations demand even more attention. This is the one issue that both shivers fear in the ruling regime and provides direct support for the Iranian people in their struggle for freedom, democracy and all the other values embraced by today’s 21st century world.

As the world marks International Human Rights Day on December 10th, we are also well into the first year of Iranian President Hassan Rouhani’s second term.

Dubbed as a “moderate” figure in Iran’s politics, with many arguing otherwise, the scene witnessed in Iran during his tenure has been far from it. Over 3,500 executions are merely the first stain of an atrocious report card of human rights violations.

A new report by Iran Human Rights Monitoring reviewing the plight of human rights in Iran during the course of 2017 sheds light on a reality the regime strives to cloak from the world.

Amnesty International in its 2016-2017 report indicated how, aside from China, Iran is host to 55 percent of all the world’s executions.

In June Iranian Supreme Leader Ali Khamenei used the term “fire at will” in a speech, leading to an increase in repressive measures and flagrant human rights violations.

Iran has witnessed 520 executions from the beginning of 2017 to the end of November, while only 91 such cases have been reported by the regime’s official news agencies. 28 of these were public hangings and five cases involved political prisoners.

The systematic murder of porters by state security forces in Iran’s border regions, counting to 84 such cases so far in 2017, raised a stir in social networks and even international media outlets.

The report also sheds light on the atrocious conditions in Iran’s prisons, as severe crackdown measures have rendered jails packed with inmates. This has led to poor hygiene conditions, low quality food and many other dilemmas for the prisoners.

Iran’s jails are also home to at least 640 political prisoners, an issue Tehran refuses to recognize or provide any information about. These individuals are constantly tortured and placed under inhumane pressures, as more than 56 are victim to mental and psychological tortures.

One such hideous practice has been chaining inmates to a courtyard pole, seen carried out in Ardebil Prison, northwest Iran, according to the report.

Iran is also known to resort to inhumane measures resembling the Middle Ages. Five limb amputations, 32 lashings and more than 105 humiliating public parading of prisoners have been registered from January to November 2017.

Ruled by a regime founded on pillars of crackdown, Iran has long been criticized for its lack of press freedoms; more than 30 journalists and 18 bloggers are currently behind bars across the country. At least five journalists are banned from any such activities and dozens of others are serving heavy sentences.

In its April statement Reporters Without Borders ranked Iran as 165th among 180 countries on its index of press freedoms, adding the country ruled by Tehran’s regime is considered one of the world’s largest prisons for journalists.

After imposing censorship for decades and keeping the Iranian people cut off from the outside world, the regime ruling Iran understands the power of the internet and social media, in particular. 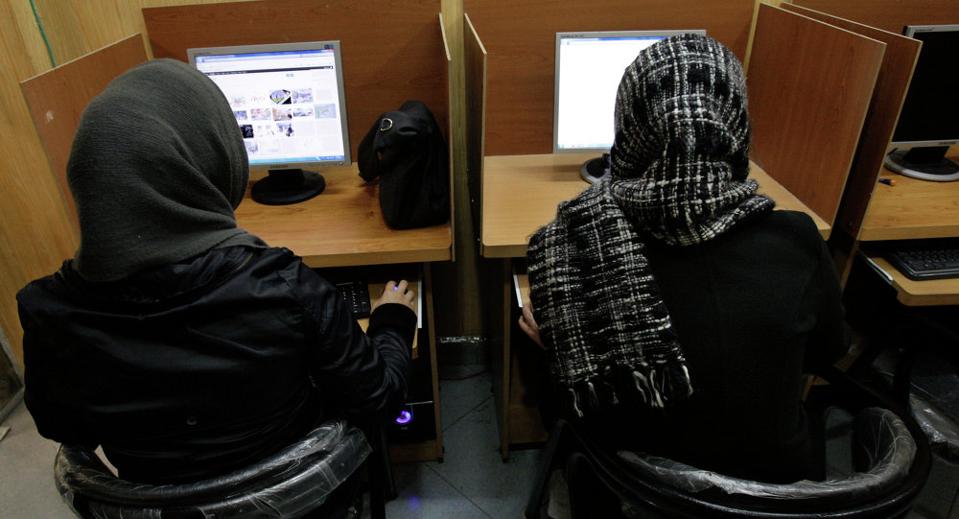 While Iran cannot afford to completely cut off the internet, the mere fact that nearly 40 million Iranians are online daily is literally a time bomb for Tehran. The regime has gone the limits to ban and filter numerous websites and platforms, especially Telegram, considered to be very popular in Iran due to the privacy and security provides to its users.

Iranian officials have publicly announced the filtering of around 16,000 to 20,000 Telegram channels, went as far as blocking any live video streaming on Instagram and filtered Twitter.

Religious and ethnic minorities in Iran, specifically Christians and Baha’is, are experiencing similar restrictions, parallel to not being recognized by Iran’s ruling extremists and systematically placed under pressure from state officials and authorities. The UN Special Rapporteur in her report referred to the harassment of religious and ethnic minorities, specifically holding the IRGC responsible for arresting minority members.

For the first time the UN Special Rapporteur’s report refers to the 1988 massacre of over 30,000 political prisoners, consisting mostly of members and supporters of the Iranian opposition People’s Mojahedin Organization of Iran (PMOI/MEK).

Looking forward to hosting a distinguished panel of speakers @PressClubDC to discuss "The Summer of Blood": the 1988 extrajudicial killing of 30,000 dissidents by #Iran's rulers, many of whom remain in positions of power today. https://t.co/qDLL4kyp2k

A panel of prominent American politicians participated in a recent discussion in Washington, DC, unveiling a new book published by the U.S. Representative Office of the National Council of Resistance of Iran (NCRI), the main coalition consisting of the PMOI and other Iranian dissident groups.

U.S. President Donald Trump has twice expressed the American people’s solidarity with their Iranian brethren, signaling a stark contrast in policy with his predecessor who failed to stand alongside the Iranian people during their 2009 uprising.

Sanctions and a variety of restricting measures targeting Tehran’s nuclear drive, ballistic missile program, and support for terrorism and proxy groups are very necessary, and should increase. Parallel to such actions, measures targeting Iran’s senior officials and the entities behind human rights violations must be placed on agenda by the international community.