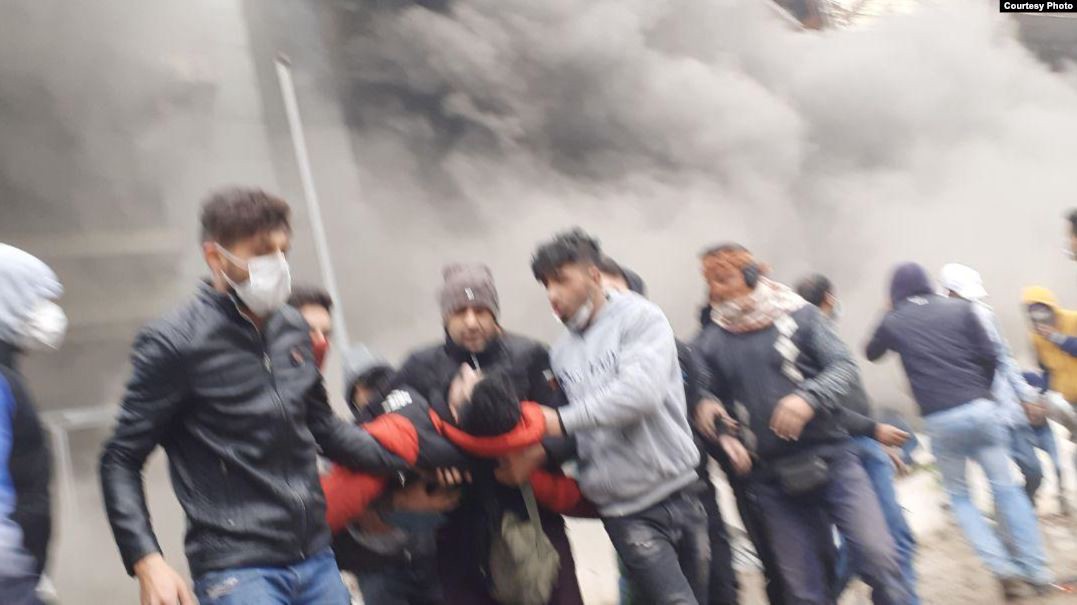 After six months of denial, Iran’s interior minister says up to 225 people were killed during the November 2019 protests following a petrol price hike imposed by the ruling regime to help compensate a devastated economy, according to reports on Sunday, May 31.

Officials in Iran have yet to issue an overall death toll for the unrest and refuse to provide any names. The timing of this acknowledgement is of no coincident. Knowing the world is focused on developments inside the U.S. and the global coronavirus pandemic, Tehran has chosen now to make this announcement with hopes of putting a lid on the actual death toll and bringing an issue to an end.

It is worth noting that the Iranian opposition National Council of Resistance of Iran (NCRI) was repeatedly issuing statements with updates on the number of protesters killed, injured and arrested by the Iranian regime’s authorities during the November 2019 uprising. After a string of similar reports, the NCRI reported on December 16 that over 1,500 protesters were killed by the regime’s security forces.

“About 1,500 people were killed during less than two weeks of unrest that started on Nov. 15. The toll, provided to Reuters by three Iranian interior ministry officials, included at least 17 teenagers and about 400 women as well as some members of the security forces and police,” the report reads.

Did Iran authorize three Interior Ministry officials to talk to Reuters and provide the 1,500 count to help keep a lid on the actual number of protesters killed and at least bring a political end to the NCRI reports? Quite possibly.

Now after six months of denial, at a time when the world is focusing on the global COVID-19 pandemic and the U.S. is engulfed in domestic developments just four months from the November 2020 presidential election, Iran’s regime considers this the perfect timing to issue a report with numbers far below that of the NCRI and Reuters, and even less than that of Amnesty International’s 304 death count report. From the regime’s perspective, this will bring a desperately needed end to this ordeal.

However, scenes of the November 2019 massacre launched by the regime against peaceful protesters will never be forgotten. Just recently, the U.S. Treasury Department sanctioned Iranian Interior Minister Abdolreza Rahmani Fazli and other senior law enforcement officials in connection with serious human rights abuses.

This shows the brutality & desperate nature of a regime facing the wrath of a restive nation.#IranProtestspic.twitter.com/p3pckxg8Zc

Hassan Shahvarpour Najafabadi, Commander of the IRGC’s Vali Asr Base in Khuzestan province during the IRGC’s violent suppression of protestors in Nov 2019. In this province & Mahshahr alone, the IRGC killed at least 100 protestors in 3 days.

Newly obtained video
Mahshahr, SW #Iran
Activists say this is footage of moments when security forces were opening fire on protesters fleeing into nearby marshes.#IranProtests pic.twitter.com/gXDs3jn8n6

Shiraz was described as the epicenter of the Iranian people’s uprising against the mullahs’ regime. It was also probably the city where regime forces showed the utmost brutality. This footage is from November 18, 2019.

The smaller cities surrounding Tehran were also scenes of major protests. Regime officials were ordering security forces to open fire and even shoot at point blank range, knowing the protesters were only just a few kilometers away from rallying towards sensitive regime headquarters in the capital Tehran.

And regime forces resorted to unspeakable brutality. This footage is dated November 16, 2019, from the city of Karaj, located west of Tehran.

On May 20, 2020, the U.S. administration further indicated its insistence on standing alongside the Iranian people and not tolerating the regime’s dreadful human rights violations.

The Iranian people support sanctions against the mullahs’ regime ruling Iran. Listen to this internet taxi driver recording a message on March 25 saying specifically, “”Please do not provide any money to the Islamic republic. Not a single rial [Iranian currency] reaches the people. Please do not lift the sanctions from the filthy mullahs… That is exactly what they want.”

"Please do not provide any money to the Islamic republic. Not a single rial [Iranian currency] reaches the people. Please do not lift the sanctions from the filthy mullahs' republic. That is exactly what they want."#KhameneiVirus pic.twitter.com/lzsZ61rByM

Even when the regime’s own state-media ask ordinary people about U.S. sanctions and their conditions, the answers provided are quite interesting, to say the least. This young man specifically points the finger at the mullahs’ regime and the ongoing financial corruption and embezzlement plaguing the country.

How this young man answers is quite interesting. pic.twitter.com/GgK21ymY5M

Mark my word: The at least 1,500 innocent Iranians killed by the mullahs during the brave November 2019 uprising did not die in vain.

I’ll end this piece with this footage. This is just one reason we, the Iranian people, will never forget the regime’s massacre back in November 2019. The scene is indeed painful and heartbreaking. But justice will be served.

The brother of a young man killed by the regime during the November #IranProtests.

His mother on Instagram:
"When we miss him, we have no choice but to look at his picture. Who can understand the pain of losing you…" 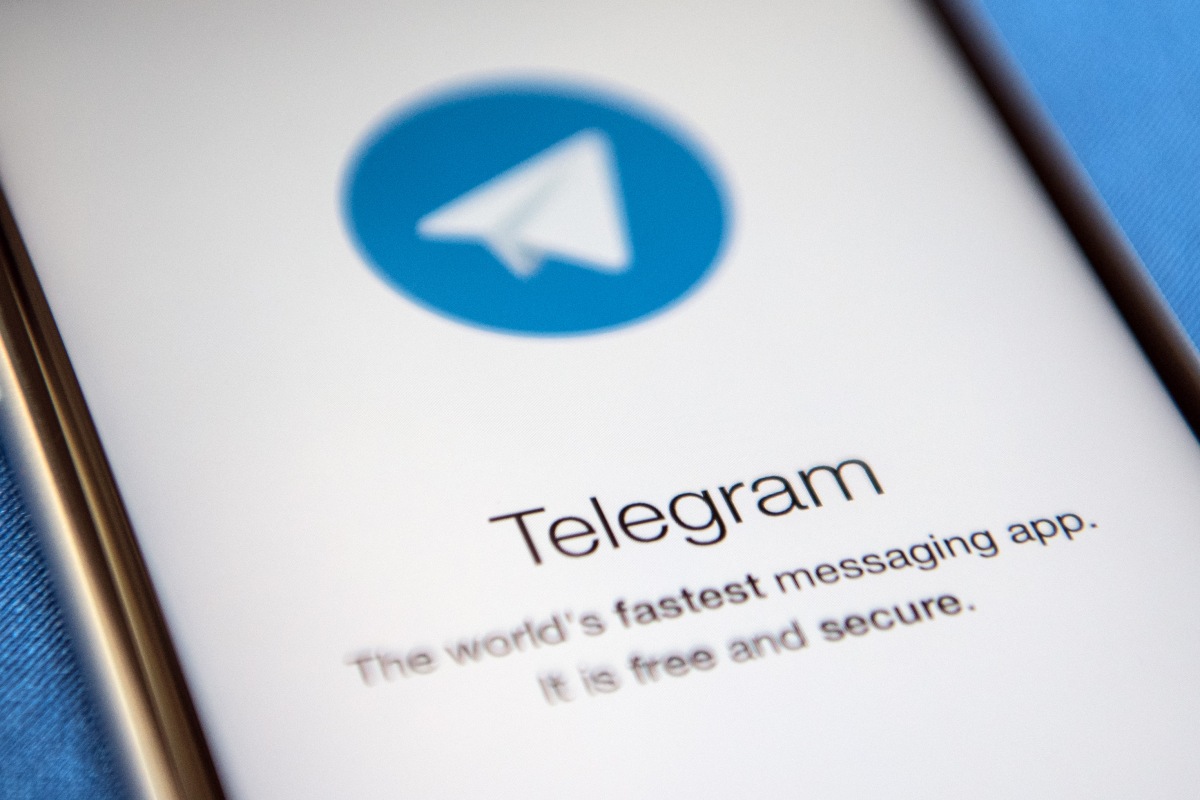 As the world rightly focuses on addressing the coronavirus pandemic, a lesser discussed issue is how the Iranian regime is taking advantage of the status quo in many different ways. And with China’s support.

42 million Iranian “Telegram” user IDs and phone numbers leaked online, according to a recent report. Iran’s regime has a history of using apps to place the general public, especially activists and dissidents, under a watchful eye.

The incident follows a similar case in 2016 when Reuters reported 15 million Telegram user IDs, phone numbers, and one-time verification codes were identified by Iranian hackers, resulting in more than a dozen compromised accounts.

The information contained in this recently exposed database poses a clear risk to users. Not only does it reveal who in Iran uses Telegram (or a Telegram fork), it also opens them up to attack.

SIM swap attacks are one example. A SIM-swap attack occurs when the attacker convinces a phone carrier to move a phone number to a new SIM card, allowing them to send and receive the victim’s SMS messages and phone calls. The attacker could then receive their one-time access verification codes, granting full access to app accounts and messages.

Affected users could also be at risk of targeted phishing or scams using the phone numbers in the database.

Once installed, the app asks for access to real-time geo-location details, which it would immediately upload to a remote server. Furthermore, it was soon discovered that the app had been developed by a company that has previously built other apps for the Iranian regime.

Smart Land Strategy, linked to Iran’s Revolutionary Guards (IRGC), previously built Telegram Gold and HotGram, both removed from Play Store for secretly collecting user data and reports of the apps being developed at the behest of Iran’s intelligence agencies, according to a report.

“… the Iranian government could be using the current COVID-19 pandemic as a ruse to trick millions of Iranians into installing the app, collect their device and location details, and then install malware on their devices through a subsequent update,” the report warns.

Back in February 2018, the Iranian opposition coalition National Council of Resistance of Iran (NCRI) held a press conference in Washington warning, “… the regime has created close to 100 spyware apps, including Mobogram, Telegram Farsi, Hotgram, Wispi, and Telegram Talayi, that resemble popular apps and spy on the unwitting Iranians who download them by mistake.”

Iran’s regime is now taking advantage of the coronavirus crisis to launch an app aimed at spying on ordinary Iranians further indicates the mullahs are lying about the numbers of COVID-19 deaths and cases and are only concerned about maintaining their establishment in power.

“The system was part of a 98.6 million euro ($130.6 million at the time) contract for networking equipment supplied by Shenzhen, China-based ZTE Corp to the Telecommunication Co of Iran (TCI), according to the documents. Government-controlled TCI has a near monopoly on Iran’s landline telephone services and much of Iran’s internet traffic is required to flow through its network.

“Human rights groups say they have documented numerous cases in which the Iranian government tracked down and arrested critics by monitoring their telephone calls or internet activities. Iran this month set up a Supreme Council of Cyberspace, headed by President Mahmoud Ahmadinejad, who said it would protect ‘against internet evils,’ according to Iranian state television.”

Months later, the FBI launched an investigation into allegations that a top Chinese maker of phone equipment supplied Iran with U.S.-made hardware and software, including a powerful surveillance system, in violation of federal laws and a trade embargo, according to the Wired citing a report by The Smoking Gun.

Investigators, who began their probe earlier in 2012, also found evidence that the company planned to obstruct a Department of Commerce inquiry into the contract behind the sales.

Negar Mortazavi, another known Iranian apologist/lobbyists, claimed this could “help people self-diagnose the coronavirus.” Self-diagnosing is scientifically impossible. But that is not important for Mortazavi.

Why? Because as an Iran apologist/lobbyist with close ties to Zarif, her sole focus is to push Tehran’s talking points. Even the article cited by Mortazavi in her tweet reads:

“But that app was booted from Google’s Play Store recently, reports ZDNet.”

Why? Because of “misleading claims,” according to the report, that it could detect COVID-19 infections, something that is impossible through an app.

Another important reminder: Iran’s regime uses indigenous apps to gain information about Iranian dissidents. Even despite the ongoing coronavirus, security and maintaining their grip on power is the regime’s number one priority.