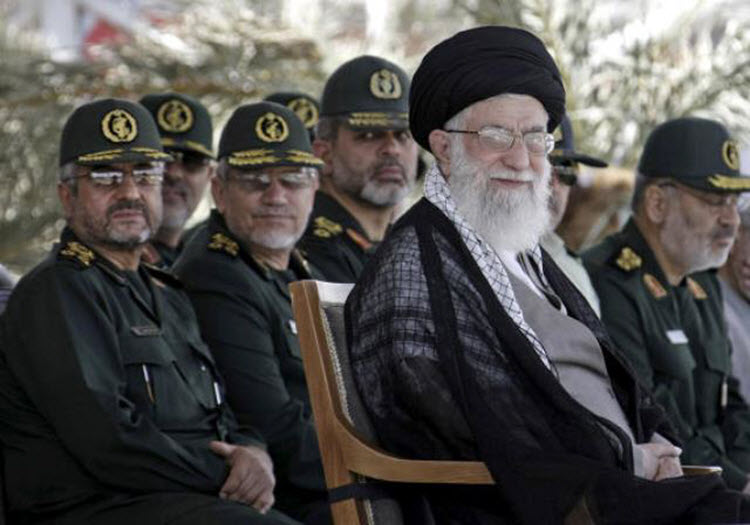 Kamal Kharazi, a former Iranian foreign minister, made the following remarks in a private meeting on the IRGC’s terrorist designation:

“The subject of new developments in the IRGC is nothing new and [Khamenei] has held a number of meetings with the IRGC and regular army hierarchy, issuing a numbers of orders on this matter. [Khamenei] has placed senior IRGC officers Vahid Haghanian, Hassani Sa’di (deputy of the IRGC-linked Khatam al-Anbia Headquarters), and General Ali Bagheri, Iran’s armed forces chief of staff, in charge of implementing these instructions. However, this process was accelerated with the IRGC’s terrorist designation on April 8.”

Kharazi shed light on the history of this important issue in Iran.

“The ‘phase by phase merging’ of portions of the IRGC into the regular army is nothing new. [U.S. President Donald] Trump laid out a new U.S. strategy vis-à-vis the Islamic Republic of Iran in his speech on October 13, 2017, and placed the IRGC in the U.S. sanctions list… Khamenei held a meeting with senior IRGC and regular army commanders on October 22, 2017, forecasting that the IRGC sanctions are a prelude to the IRGC’s terrorist designation. Therefore, in that meeting a decision was made to gradually merge the IRGC into the regular army. Arrangements were made to merge a portion of the senior IRGC ranks – including colonels and higher commanders – into the regular army. This phase has been completed to a large extent,” he explained.

“Following the IRGC’s terrorist designation by the U.S., defections and disappointment have increased significantly among the IRGC files. One day after this announcement, the IRGC issued a call to all its forces stationed in provincial bases and the Basij Resistance units saying considering the people’s growing dilemmas following the recent floods, the possibility of popular protests and unrest in the coming two months is quite high, and the consequences go far beyond what was witnessed in the Dec 2017/Jan 2018 uprising,” Kharrazi continued.

That particular episode in Iran’s history of uprisings saw protests mushrooming in over 140 cities across the country and the regime eventually arrested over 8,000 dissidents.

Citing a senior official in the regimes Armed Forces Headquarters, Kharrazi added the number of retirement requests have increased at an alarming rate among senior IRGC ranks. Low morale among Basij members is becoming a grave concern, with a growing number of such individuals deserting their units and bases.