Two of the major crises the international community is currently engaged with are terrorism and nuclear proliferation. Iran, in particular, is negatively involved in both fields, being known as the central banker of international terrorism, and suspicious for its own controversial nuclear program at home parallel to its nuclear/missile collaboration with North Korea.

As these subjects are of significant importance and deserve even more attributed attention, what must not go neglected is the fact that Iran is taking advantage of such circumstances to continue an equally important campaign of belligerence against its own people. The scope of human rights violations carried out by Tehran is continuously on the rise, with the ruling regime interpreting the mentioned international crises as windows of opportunity to extend its domestic crackdown.

And yet, a promising report issued from the United Nations has shed very necessary light on a specific dossier Iran has gone the limits throughout the past three decades to cloak. In 1988 the Iranian regime carried out an atrocious massacre sending tens of thousands of political prisoners to the gallows. Unfortunately, the world has until recently remained silent in this regard.

Twenty nine years after the atrocious carnage, Asma Jahangir, the UN Special Rapporteur on the situation of human rights in Iran, issued a report on September 2nd for the first time referring to the massacre of over 30,000 political prisoners, mostly members and supporters of the Iranian opposition People’s Mojahedin Organization of Iran (PMOI/MEK).

This document, coupled with a note by UN Secretary-General Antonio Guterres and presented to the UN General Assembly, has for the first time specifically attributed a number of articles to the 1988 massacre. Thousands of men, women and juveniles were sent to the gallows, and buried in mass, unmarked graves, all according to a fatwa, or decree, issued by the deceased Iranian regime founder Ayatollah Khomeini.

Raising the stakes to a level Tehran has sought to avoid through the years, this damning UN report has called for an independent and thorough inquiry into these crimes to unearth the truth of the atrocities carried out in the summer of 1988.

Activists and the Iranian Diaspora have for 29 years focused their measures on presenting evidence of the killings. This has finally been acknowledged in this UN report.

“Between July and August 1988, thousands of political prisoners, men, women and teen-agers, were reportedly executed pursuant to a fatwa issued by the then Supreme Leader, Ayatollah Khomeini. A three-man commission was reportedly created with a view to determining who should be executed. The bodies of the victims were reportedly buried in unmarked graves and their families never informed of their whereabouts. These events, known as the 1988 massacres, have never been officially acknowledged. In January 1989, the Special Representative of the Commission on Human Rights on the situation of human rights in the Islamic Republic of Iran, Reynaldo Galindo Pohl, expressed concern over the “global denial” of the executions and called on Iranian authorities to conduct an investigation. Such an investigation has yet to be undertaken.”

The atrocities, of such grave nature, rendered a major rift amongst the regime’s leadership and highest authorities. The late Ayatollah Hossein-Ali Montazeri, then Khomeini’s designated successor, expressed his opposition to the killings and the massacre came back to haunt a presidential hopeful in the most recent such election held back in May.

“In August 2016, an audio recording of a meeting held in 1988 between high-level State officials and clerics was published. The recording revealed the names of the officials who had carried out and defended the executions, including the current Minister of Justice, a current high court judge, and the head of one of the largest religious foundations in the country and candidate in the May presidential elections. Following the publication of the audio recording, some clerical authorities and the chief of the judiciary admitted that the executions had taken place and, in some instances, defended them.”

The mentioned “head of one of the largest religious foundations” is none other than conservative cleric Ebrahim Raisi, said to be groomed by Iranian Supreme Leader Ali Khamenei to replace the incumbent Hassan Rouhani as president. Khamenei, battling with cancer, sought this as a launching pad in Raisi’s rise to succeed him as the regime’s leader.

However, a nationwide campaign led by the network of PMOI/MEK-associated activists inside Iran exposed Raisi’s past and raised immense emotions and opposition amongst the Iranian population. This development left Khamenei no choice but to place his blueprints aside and allow another term for Rouhani as his regime’s president. 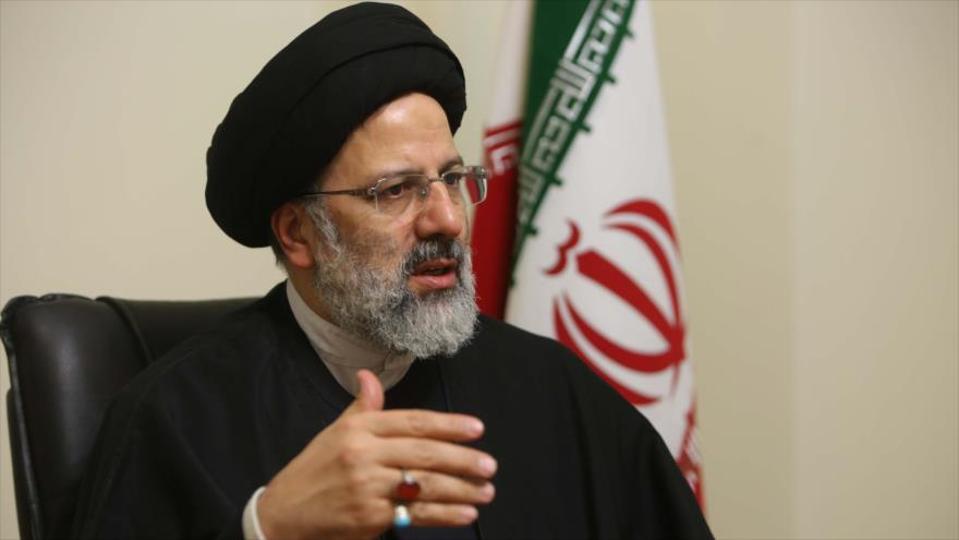 “During the period of candidate registration, a total of 1,636 individuals, including 137 women, submitted their names as candidates for president. However, in April, the Guardian Council, a body of six clerics appointed by the Supreme Leader that oversees the electoral process and vets the candidates, announced that the candidatures of only six men (0.37 per cent of the applicants) had been approved. Among them was Ebrahim Raisi, who reportedly had served on a committee that had ordered the extrajudicial executions of thousands of political prisoners in 1988.”

The 1988 massacre victims’ families have throughout these years desperately sought to find the final resting places of their loved ones. All have been provided next to no information by the regime’s authorities and left to search and grieve amongst the dozens of mass graves sites checkered across the country.

“In March, families who visited a mass grave located in the city of Mashhad, Razavi Khorasan Province, where up to 170 political prisoners are believed to be buried, reportedly discovered that the previously flat area had been covered with soil to create a raised mound over the grave. In mid-May, bulldozers were reportedly seen working on a construction project directly alongside the mass grave site at Ahvaz, located on a barren piece of land 3 km east of Behesht Abad Cemetery, where the remains of at least 44 people killed during the summer of 1988 are believed to be located. The plan is reportedly to ultimately raze the concrete block marking the grave site and build a “green space” or commercial development over the site.”

After decades of endless efforts by Tehran to keep a lid on the 1988 massacre, this UN reports demands dignity for the victims and their families.

“Over the years, a high number of reports have been issued about the [1988] massacres. If the number of persons who disappeared and were executed can be disputed, overwhelming evidence shows that thousands of persons were summarily killed. Recently, these killings have been acknowledged by some at the highest levels of the State. The families of the victims have a right to know the truth about these events and the fate of their loved ones without risking reprisal. They have the right to a remedy, which includes the right to an effective investigation of the facts and public disclosure of the truth; and the right to reparation. The Special Rapporteur therefore calls on the Government to ensure that a thorough and independent investigation into these events is carried out.”

The Iranian regime has considered the international community turning its back on this crime against humanity as a green light to continue its rampage of domestic crackdown and human rights violations.

The so-called “moderate” Rouhani has a dismal report card of over 3,000 executions during his first tenure, over 100 executions in July and at least 55 such cases in the month of August, according to reports.

The regime also has no tolerance for even the slightest protest by political prisoners in its own jails. Nearly two dozen such inmates in Raja’i Shahr (Gohardasht) prison of Karaj, a town west of Tehran, are continuing their hunger strike for well over a month. They are protesting their illegal transfer to a section of the facility placed under 24/7 audio and visual surveillance, even in bathrooms and showers.

As Iran’s other bellicosity have rightfully raised international concerns in recent years, it is vital to understand that human rights violations are this regime’s chink in the armor. No matter what their position, all ranks and files of the Iranian regime involved in the 1988 massacre must be held accountable in an international tribunal and face justice.