The days of ISIS are numbered and voices are heard about the entire region being forced into a far more disastrous conflict. Various parties, mainly the US and Iran, have begun jostling, seeking to inject their influence onto what the future holds for Syria.

As Iran has also wreaked havoc in Iraq and Yemen, concerns are rallying on Tehran going the distance to pull the US full-scale into the Syria inferno. Such a mentality results from misunderstanding the nature of what is known as the Iranian regime.

After establishing a foothold in the strategic town of al-Tanf near the Iraq-Jordan-Syria border, US forces designated a buffer zone to provide protection for their own troops and resources, alongside their allies of anti-Assad opposition rebels.

1) On three different incidents Iran-backed militias have made advances into the buffer zone, only to receive warnings and eventually be attacked by US warplanes.

2) Raising the stakes, on two occasions Iran-made pro-Assad drones have been downed by US-led coalition forces.

3) And maybe the ultimate incident came when a US F/A-18 fighter jet shot down a Syrian Sukho-22 warplane after the latter dropped bombs on US-backed Kurdish forces north of Raqqa, the self-declared capital of ISIS. 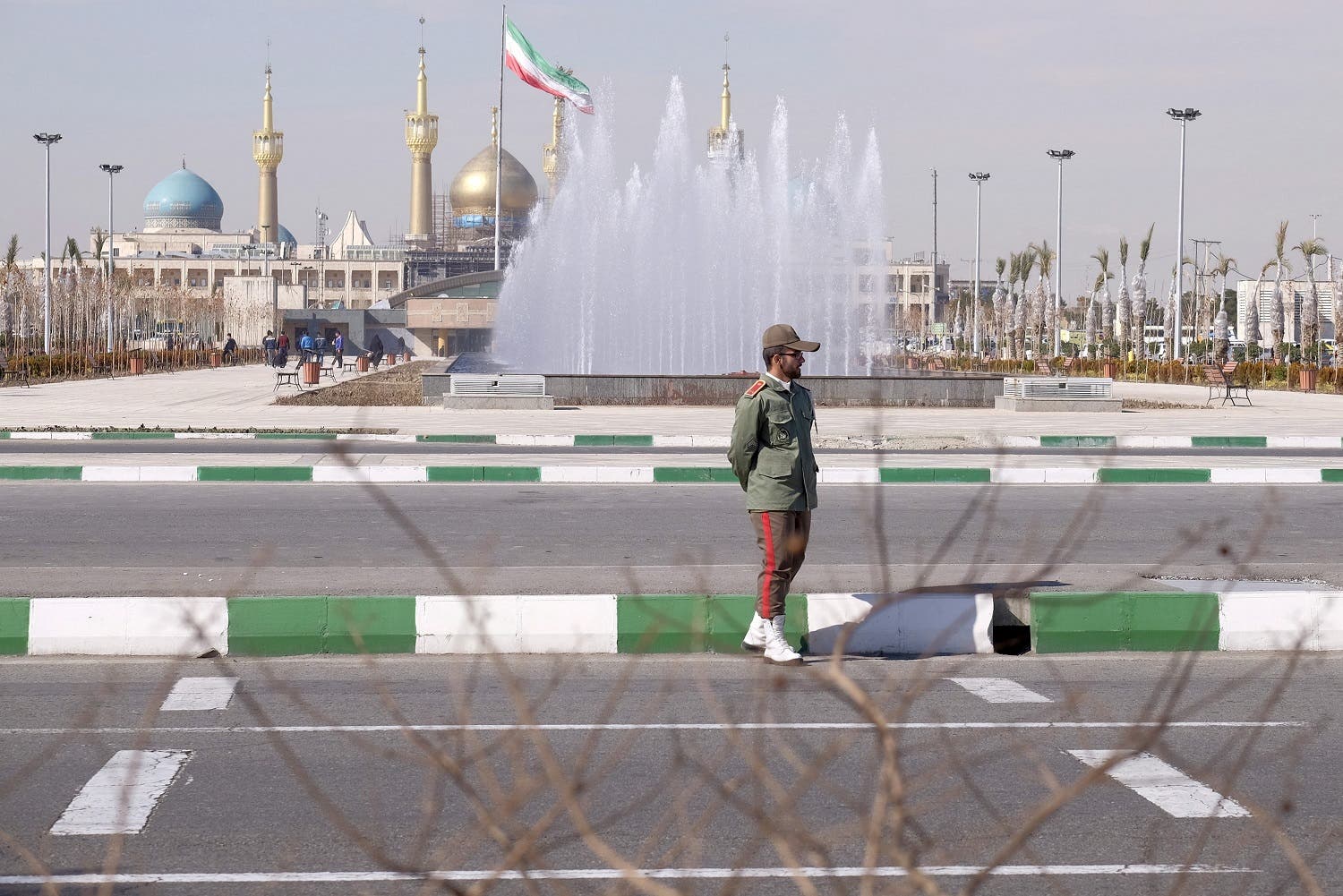 An Iranian soldier stands guard in front of the shrine of Ayatollah Ruhollah Khomeini in Behesht Zahra cemetery, south of Tehran February 1, 2016. (Reuters)

Understanding its conventional and non-conventional forces stand no match against the classical armies of the US and the unity of its Arab allies, Iran has for the past 38 years resorted to tactics of its own.

Terrorist attacks across the region through proxy groups such as the Lebanese Hezbollah have proven successful. The 1982 Beirut bombings of US and French barracks led to the American pullout of this highly fragile country. As a result, Tehran has used this method ever since to send its message. Following the wars of Afghanistan and Iraq, Iran yet again resorted to paramilitary and proxy methods to advance its interests in the region.

Seeing no strong response only emboldens Iran in its pursuit of wreaking havoc. Witnessing the disastrous and premature withdrawal of US forces from Iraq, and Obama’s refusal to live up to his own red line after Assad resorted to the extreme low of gassing his own people in 2013, Iran came to a conclusion such actions will continue unabated.

The language of force

There have been cases otherwise, however, including Operation Praying Mantis on April 18th, 1988 when the US Navy launched a campaign against Tehran’s naval fleet in retaliation for the Iranian mining of the Persian Gulf during the Iran–Iraq war and the subsequent damage to an American warship.

The attack came as a major wake-up call for Iran as the mullahs in Tehran only understand the language of force. The 59 cruise missiles the US used to target the Syrian regime airfield used to launch a chemical attack on Homs earlier this year also rose eyebrows not only in Damascus, Moscow and Tehran, but the world over.

The recent incidents in Syria are further serious signals for Iran that such belligerence no longer will go tolerated, especially considering a new US administration in Washington adopting a far different perspective and strategy than its predecessor. 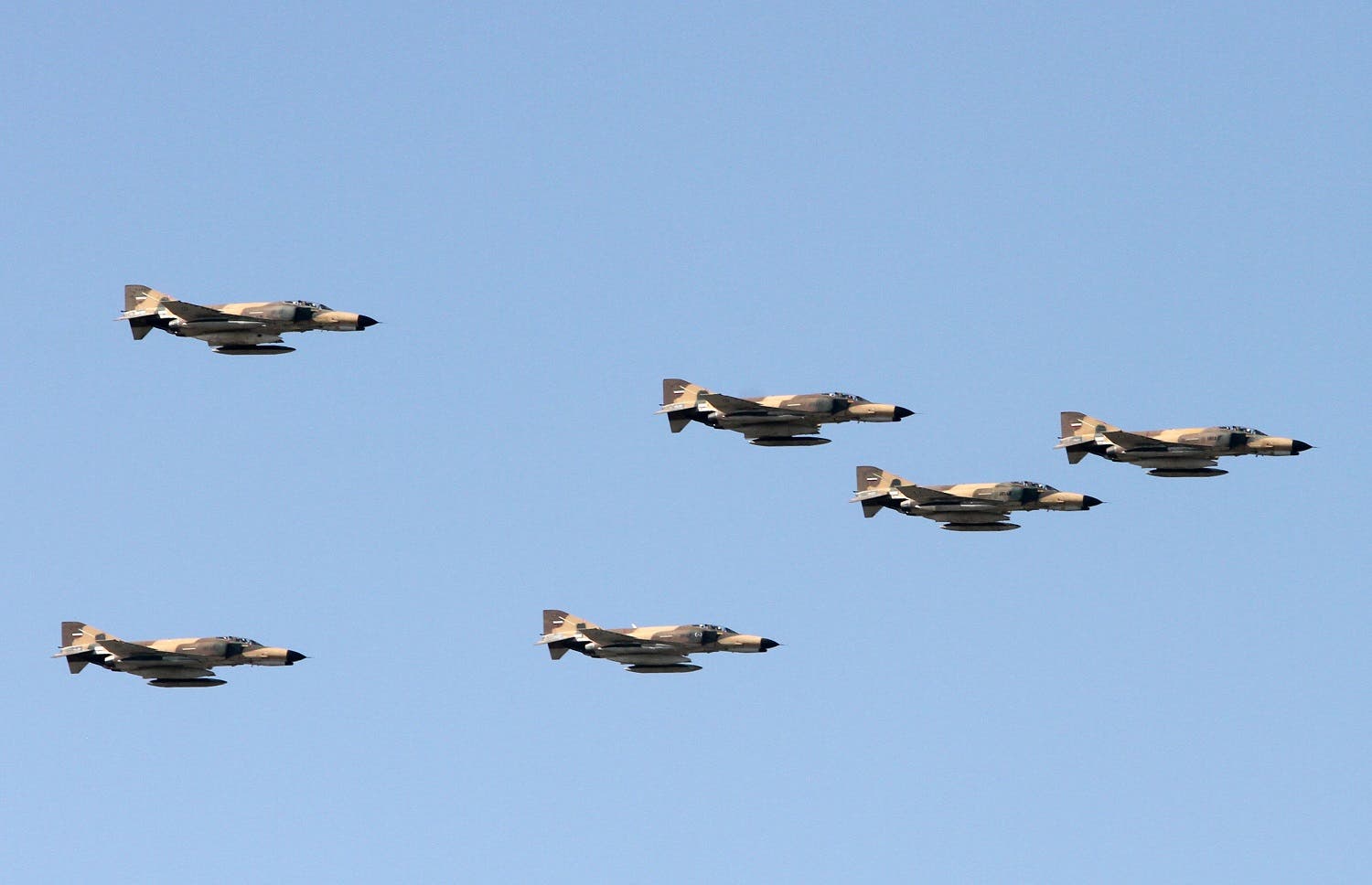 Iranian air force’s US-made F-4 Phantom fighter jets perform during a parade on the occasion of the country’s Army Day, on April 18, 2017, in Tehran. (AFP)

What needs grave understanding is the fact that Iran is the last party that seeks a full blown war in Syria, Yemen or any other region of the Middle East. The Iranian regime is seeking a win-win solution, enjoying an open hand in meddling across the region to such extent to prevent any major international community retaliatory action.

Has Iran been successful? To this day, mostly it has, unfortunately, thanks to the West’s highly flawed belief in adopting a policy of engagement with Iran to tame the mullahs and enjoy short-term economic gains.

The tides, however, are changing for the better. Iran’s Achilles Heel must be the main target as seen in the recent US Senate resolution imposing sanctions on the regime’s ballistic missile program, support of terrorism and human rights violations.

Tehran may kick, scream and threaten to abandon the Iran nuclear deal in retaliation. Yet rest assured the mullahs will not make such a grave mistake, triggering the automatic re-imposition of sanctions under six previous United Nations Security Council resolutions.

Iran’s Revolutionary Guards lies at the heart of the mullahs’ illicit activities both inside the country and abroad. This entity also controls around 40 percent of the country’s already fragile and highly corrupt economy.

To this end, there is no need for another war in the region. Iran knows better that such an outcome would only accelerate developments against its interests. The US and Arab world can and should lead the international community by designating the Revolutionary Guards as a foreign terrorist organization.

This will be a complementary measure to the abovementioned Senate resolution, and bring Tehran to its knees. Such an initiative will place the international community alongside the Iranian people in their struggle against the ruling mullahs’ regime.

This is especially true after US Secretary of State Rex Tillerson referred to Washington’s support for domestic forces seeking peaceful regime change in Iran.