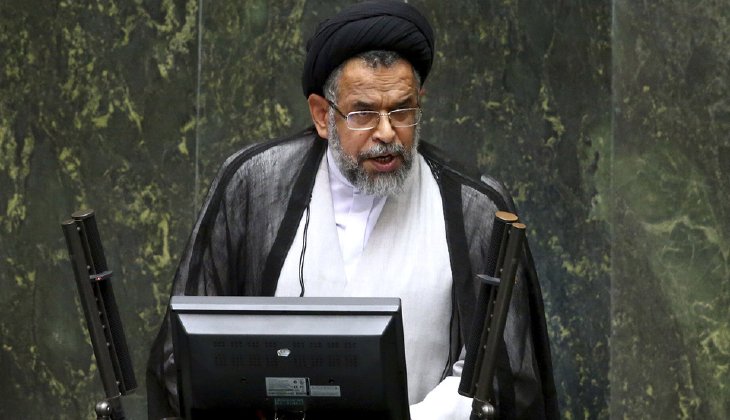 The Iranian intelligence minister’s recent remarks, pertaining to Tehran overseeing a spy/lobby network in important capitals across the world, is cause for concern. Mahmoud Alavi, Iran’s spy chief, bragged about the regime’s capability to run a lobby group in Washington with the aim of promoting Tehran’s hardline agenda.

According to Alavi, Iranian dual citizens in the United States, Canada and the United Kingdom have maintained their loyalty to the “Islamic revolution,” the mullahs’ hallmark motto ever since 1979, through which they have wreaked havoc across the region and beyond.

A “lobby group for the Islamic Republic of Iran” is actively bolstering Tehran’s status in the international stage and helping to sell and legitimize its nuclear ambitions as just causes to the globe, Alavi claimed

The head of Iran’s intelligence apparatus did not bother to name the specific lobby entity. One certain group, however, the National Iranian American Council, has been the target of major criticism in the past several months, with accusations of the group lobbying on Tehran’s behalf. Various dissident organizations are demanding the Trump administration to launch an official probe digging into NIAC’s history and nature of its current events.

Congress has also been petitioned to investigate ties between Iran and the NIAC, and the latter’s active drive to promote a pro-Tehran agenda in Washington. Sen. Bob Corker, R-Tenn., and Rep. Ed Royce, R-Calif., who chair the foreign affairs committees in each chamber of Congress, have received specific letters signaling the importance of urgent action in this regard.

NIAC was once again under the spotlight this January for its actions of presenting a positive image of the Iran nuclear deal and advocating a pro-diplomatic approach with Tehran. The media reported extensively on how two senior Iranian regime supporters, former Iranian nuclear diplomat Hossein Mousavian and NIAC founder and president Trita Parsi, enjoyed access to the Obama White House on more than 30 occasions, conducting meetings with senior administration officials.

Such meetings took place at critical points of the Obama administration’s decision-making process and engagement with Iran in their effort to push forward the nuclear deal, known as the Joint Comprehensive Plan of Action.

Alavi’s recent remarks are source for serious concern as entities advocating Iran’s agenda in the American capital are obliged by the Foreign Agents Registration Act to disclose the nature of their work. This even includes conditions where the relationship does not involve money exchanges, at least not through legal and opaque channels.

A legitimate question now hovers over the possibility of any ties between the groups referred to by Iran’s intelligence minister and the Islamic Republic’s positions on foreign policy.

Another just query circles around the many visits Parsi has made to the White House and the State Department during former President Obama‘s tenure, and can they be attributed to what the Iranian intelligence minister describes as lobbying for Tehran.

Any group seen to be advocating the promotion of Iran’s ballistic missile program, and caring less about the Iranian people’s human rights and the regime’s crackdown, should be subject of suspicion.

For years Iran has been known to forward an official plot of boosting relations with groups promoting anti-war and pro-regime policies in the West. Improving contacts with Iranian dual nationals living in the West has been high on Tehran’s agenda on this matter.

One major task of this network has been discrediting those opposing the regime in Tehran and taking measures against any efforts voicing support for Iran regime change. The main Iranian opposition group, the National Council of Resistance of Iran, and its most important member, the People’s Mojahedin Organization of Iran (PMOI/MEK), have been the constant target of smear campaigns launched and orchestrated by the Iranian regime and NIAC.

Amir Basiri (@amir_bas) is a contributor to the Washington Examiner and an Iranian human rights activist.