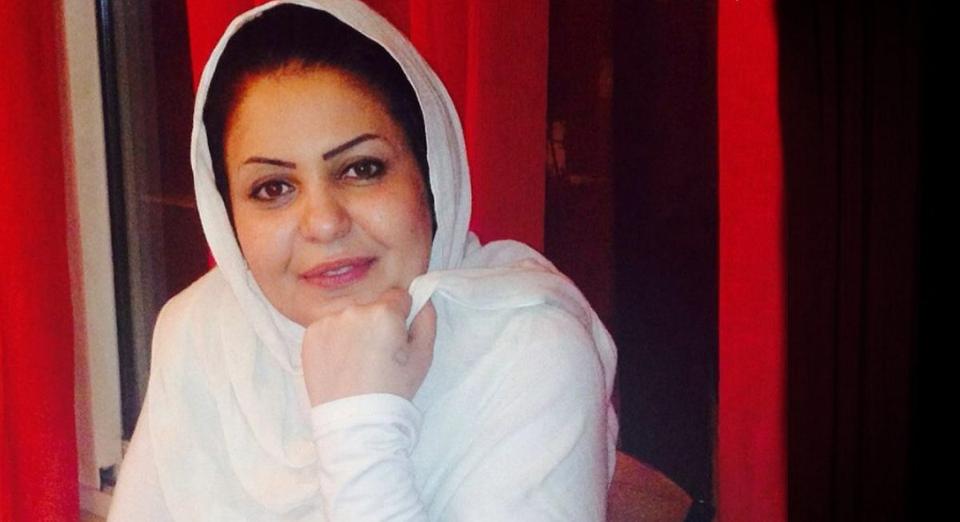 Following International Women’s Day on March 8, the plight of Iranian women to finally obtain the freedom and rights they deserve continues. This struggle is resembled in the case of each and every Iranian women.

News of Rahele Zakaie’s death means nothing to many people. Another human being amongst the 7.5 billion now roaming the earth. She died of cancer.

However, her loss brought much sorrow to those women who in recent years were and have been detained in the political prisoners’ ward of Tehran’s notorious Evin Prison, those who shared moments of joy and tears with Rahele.

Rahele, a girl from Mashhad in northwest Iran, was acquainted with crime at an early age due to poverty and her family’s background in such a lifestyle. When she was only 11 years old, her uncles used her as cover for an armed robbery. At 13 she was sent off to live with a man who was killed some time later during an armed robbery, leaving behind a 1-year-old boy. At 16, Rahele was put behind bars for theft and drug-related charges.

This was the beginning of her painful in-and-out experience from this to that prison, from interrogation to solitary confinement. She once even claimed responsibility for the narcotics found in the belongings of her friend to save her from being executed. Iran is known to execute several hundred people each year for drug-related charges, a practice condemned by Amnesty International. What Rahele considered the “price of friendship” cost her 10 ruthless years behind bars.

She always dreamed of protecting her son and worried of the fate of her sister’s five-year-old daughter, wanting a better life for her. The little girl’s father had been executed and her mother committed suicide. Rahele wanted to take care of these kids and also support her younger twin brother and sister. She was deprived of any visits and worked long hours in Sari Prison’s doll shop to pay for her son’s mobile phone charges.

However, like many others, the events of 2009 changed Rahele’s life. When prisons were filled with female political prisoners with no means to phone their families, Rahele would make these calls for them. The authorities had accused her of having contact with prisoners related to the Iranian opposition People’s Mojahedin Organization of Iran (PMOI/MEK).

During this period she yearned to learn and craved to become a human rights advocate. She quit drugs once again and devoted her time to reading books.

She longed to write her life story and especially the tales of women in various prisons across the country. She once wrote a two-part report about Gharchak Prison, located southeast of Tehran, published in the Focus on Iranian Women website.

She continued her writing about the prisons she had experienced, in Mashhd, Sabzevar, Ghezel Hesar and Evin, describing the horrible spread of skin diseases and inmates using contaminated needles for drug injections. Reading Rahele’s writing demands strong tolerance, like when she talks about the “Mothers’ Ward” in Mashhad’s Vakil Abad Prison, where in each room you see a grieving mother with two little children…

Yet as Rahele explains, no prison was as atrocious as Qarchak. She always wanted to write a book about the place, where each corner contained another nightmare.

Diarrhea and blood vomiting is common. I used to cry all night until morning because of the cold. The cold would literally kill you.”

Prison authorities would kick me hard in the chest during the period that I was breastfeeding my child. I was beaten many times. In the first six months I wasn’t allowed to shower. During these six months I had six periods. When you are repeatedly beaten and tortured, the bleeding is unstoppable. All of my clothes were filled with sh*t and dried blood. After six months I literally cried and begged for a 15-minute shower. I was so happy that I was even smelling that water.”

She also endured much torture.

I was blindfolded and chained to a chair. They beat me so long that I could barely walk. Mr. Monfared grabbed my chest so hard that I fainted of pain. One cannot imagine the horror until they actually experienced it.”

A journalist who spent some time behind bars with Rahele wrote about her:

Despite all the pain she had experienced in her childhood and being behind bars, she was always full of life and loved to learn. She wanted to go to school, learn English and computers. The joy of life was the first thing you saw in Rahele’s eyes. During the little time she had, she would go to the library and had read nearly all the books. This was what made Rahele different for me. Nine years have passed, but she is still in my heart.”

During the short periods of furlough, she would try to contact me to provide news about events inside the prison. She would go to see the families of political prisoners and reassure them that their loved ones were okay. She had come to learn about human rights activities and sought to follow up on these matters. In prison she attempted to gather signatures for a million-signature petition. Rahele didn’t just think about herself. She liked to change the world around her.”

Was Rahele diagnosed with cancer early on?

No. There is no decent medical care or diagnosis in prison. Her cancer was most probably diagnosed at a very late stage, as she passed away soon afterwards. I know she also suffered from dialysis in her last days.”

Rahele is described as different from those in the prison ward.

All the inmates in that ward had common background. They were either human rights advocates or journalists. However, Rahele was from another world. She was a different person from a different atmosphere, with a different language. Maybe that’s why she has remained in the memory of so many.”

Rahele had spent 13 years behind bars and was released on bail in the summer of 2014. She was ordered to live under internal exile for two years in the city of Isfahan, in south-central Iran.

“I will become a new person,” she would say.

She always yearned for freedom. Many nights when she fell asleep dreaming about freedom. However, the cancer had spread and stole her last breath on February 17.

Unfortunately, Iran under the mullahs’ regime is riddled with such painful stories of women across this ancient land. Of those unjustly jailed, tortured and executed, those suffering with faces and bodies scarred with lifelong wounds of acid attacks, and the millions enduring enormous hardships through the course of 38 years of the mullahs’ atrocious and misogynist rule.

Humanity must pledge to bring an end to all the wrongs being imposed against women, especially in countries such as Iran. The 21st century is no place for such continuing atrocities.

One thought on “The Story Of Rahele Zakaie: Another Woman Perished In Iran”