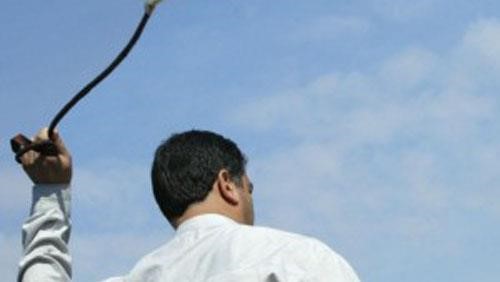 The mullahs’ so-called judiciary in Iran has sentenced a young theater actor by the first name of Payam to 99 lashes. This inhumane ruling was upheld yesterday by the Iranian regime’s supreme court.

It is worth noting that following the lashing of Agh Dare mine workers and 35 college students in Ghazvin being sentenced to 99 lashes each by the mullahs’ judiciary, the United Nations issued a statement condemning lashings in Iran as inhumane, cruel, humiliating and in violation of international laws.

A Kurdish woman in Iran who set herself ablaze lost her life on Tuesday, December 6th due to her severe injuries. She was held in a hospital in Isfahan.

Negin Bidkham was from the village of “Faraj Abad” near the city of Kamiyaran, western Iran. She had set herself ablaze 10 days ago.

Women of all ages committing suicide and setting themselves ablaze is the immediate result of the atrocious crackdown imposed on this sector of society by the mullahs’ regime in Iran.

Agents of the notorious Ministry of Intelligence (MOIS) in Iran are demanding ransom money from the family of Reza Hossein Alizadeh in return for his corpse. Alizadeh lost his life in Bandar Abbas Prison, southern Iran, due to lack medical care.

The physical conditions of this prisoner was very dire, yet MOIS agents prevented his transfer to a hospital until he was finally taken to a hospital on Wednesday, November 16 after suffering a brain stroke. However, according to physicians his transfer was very late and there was nothing more they could do to keep him alive.

This prisoner passed away on December 7th and when his family commuted from Maku (northwest Iran) all the way to Bandar Abbas in southern Iran to retrieve his body, MOIS agents said they must first pay 7 billion rials (around $200,000). The MOIS agents said they will not hand over the body otherwise.

Political prisoner Morteza Moradpour has been transferred from Gohardasht Prison in Karaj, west of Tehran, to Tabriz Prison in northwest Iran, while 44 days have passed since his hunger strike.

“Morteza called on Thursday afternoon. This was the first call he made after his transfer to the Karaj prison. It was completely obvious from his voice that he had become severely weak. His blood pressure is usually 8. Morteza said he remains deprived from direct access to drinking water. They rarely provide him hot water. More than anything else he is suffering from lacking blankets and the cold and dry atmohsphere in solitary confinement. Despite the fact that doctors have emphasized on providing him blankets, the authorities have refused to do so. He said he doesn’t know why but the authorities have closed even the smallest openings in his cell. Morteza insists on continuing his hunger strike to have his demands met,” his brother added.

Political prisoner Arash Sadeghi, on his 45th day no hunger strike, once again began suffering from breathing and heart rate problems. He was transferred to the prison clinic and placed under oxygen.

The clinic resident doctor described his conditions as very concerning.

In the past few weeks Sadeghi has been transferred to the prison clinic many times and each night he has needed to be placed under oxygen. He has lost 18 kilograms of his weight and his blood pressure is very low.

This political prisoner is currently unable to speak and in the past few days he has been vomiting “blood clots,” and transferred to a hospital as a result. However, he was returned to prison without receiving proper medical treatment.

It is worth noting that Arash Sadeghi has been on hunger strike for 45 days protesting inhumane prison conditions and the illegitimate arrest of his wife.

On Thursday, December 8th the residents of the Bihaghi complex in Tehran fought back a raid staged by Tehran special riot police and municipality agents who were dispatched to force the locals to evacuate the complex.

Clashes broke out as regime agents forced 200 workers to evacuate this complex and be left in the freezing winter cold. 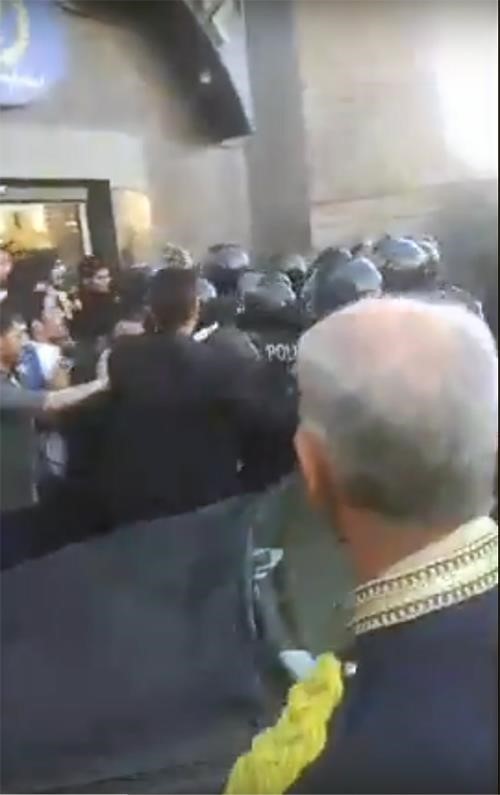 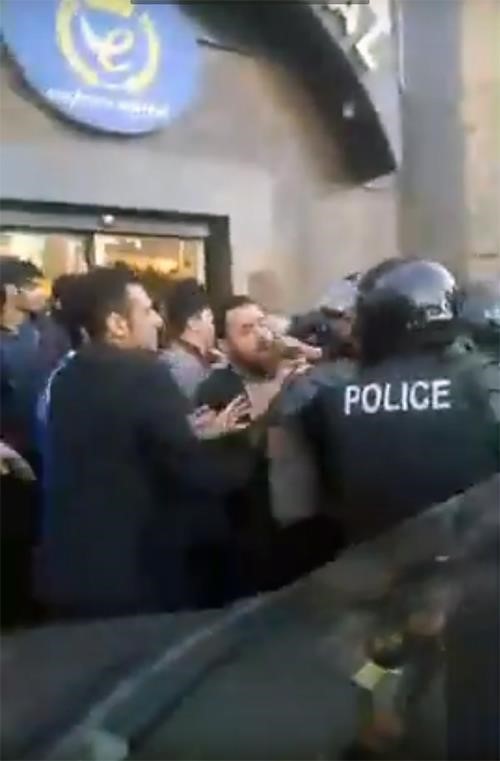 People from various parts of Iran in the cities of Tehran, Mashhad, Neishabour and Sarkhoon staged protest rallies.

In Tehran, people demanding their homes under the Pardis housing project rallied outside the regime’s Ministry of Road & Construction to voice their protests. They were protesting 7 years of reluctance, delays, embezzlement, money laundering and lies by regime authorities.

In Mashhad, incoming reports indicate a group of people who lost their stock investments rallied outside the regime’s governorate office in Mashhad. They were demanding attention by regime officials to their requests.

A group of people in the town of Sarkhoon, near the town of Ardel in southern Iran, held a rally outside the main oil pipeline and demanded their water pollution problems be resolved.

In Neishabour, northeast Iran, drivers of heavy machinery belonging to the municipality staged a rally protesting their paychecks being delayed for the past 7 months. This rally was held on Wednesday, December 7th.

Furthermore, drivers of private cars in this city also rallied outside the regime’s governorate office protesting not receiving their paychecks for the past few months.

Human chain in defense of Karoon River in Ahvaz

A group of people in Ahvaz rallied in support of Karoon River and against measures of rerouting its waters to Zayandeh River. They formed a human chain to voice their protests on Thursday, December 8th, reports indicate.

It is worth noting that to this day numerous protest rallies have been held, such as forming human chains by Ahvaz locals. However, regime officials have yet to bring an end to their destructive policies in this regard.

“Freedom doesn’t mean that freedom activists must spend their lives behind bars under the most atrocious conditions, including on hunger strike,” they said.